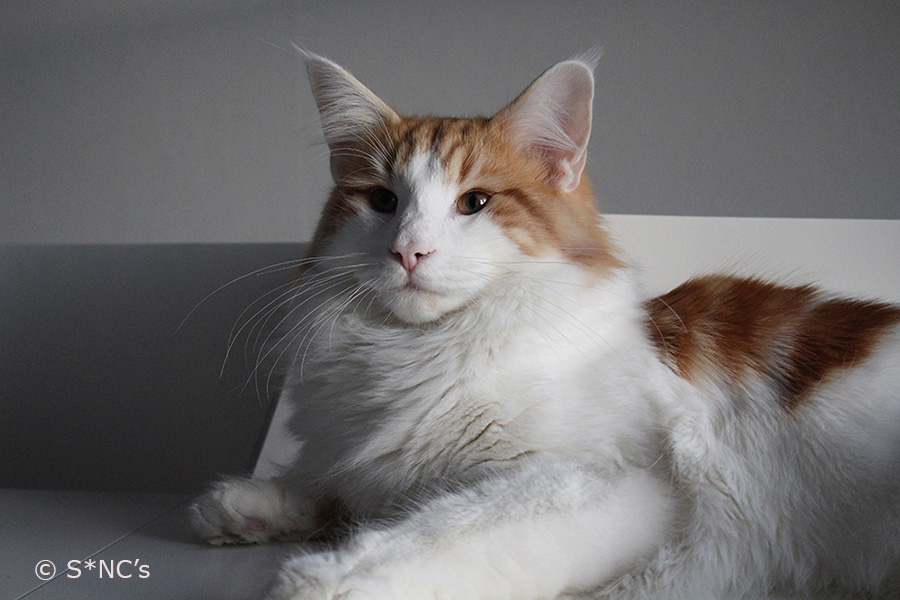 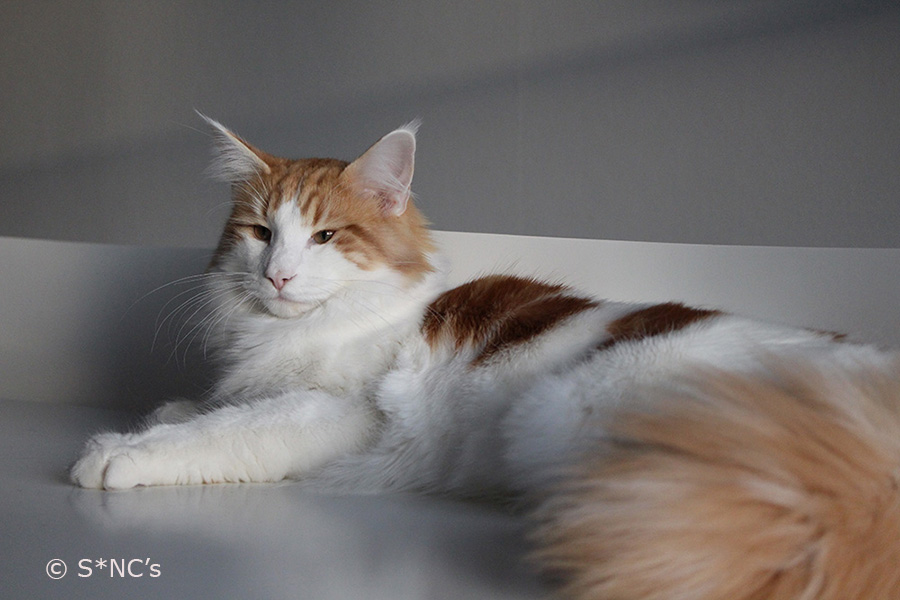 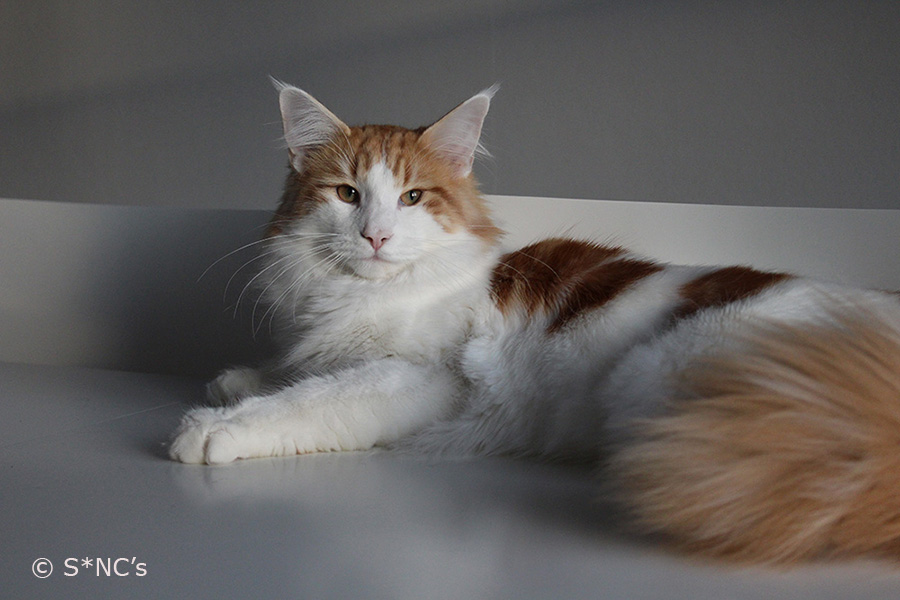 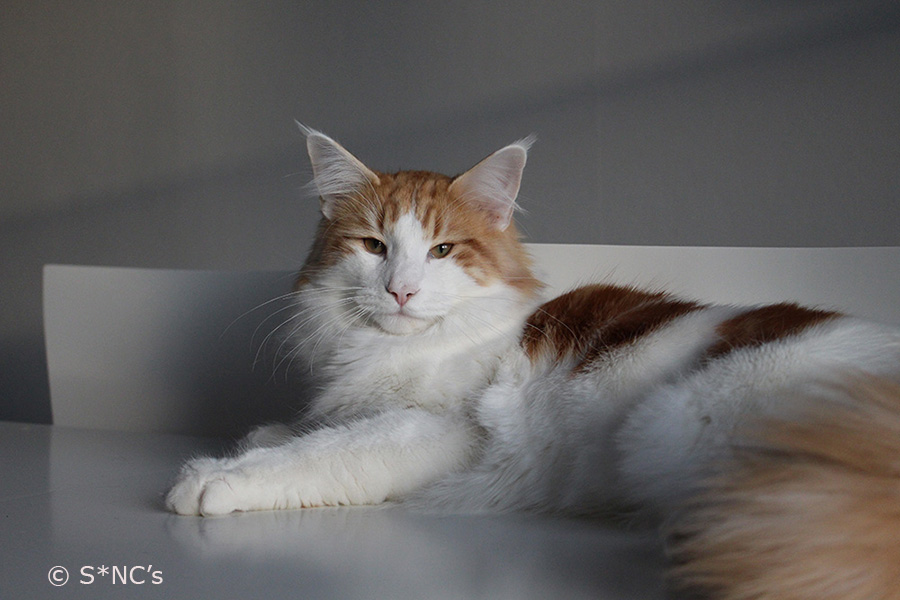 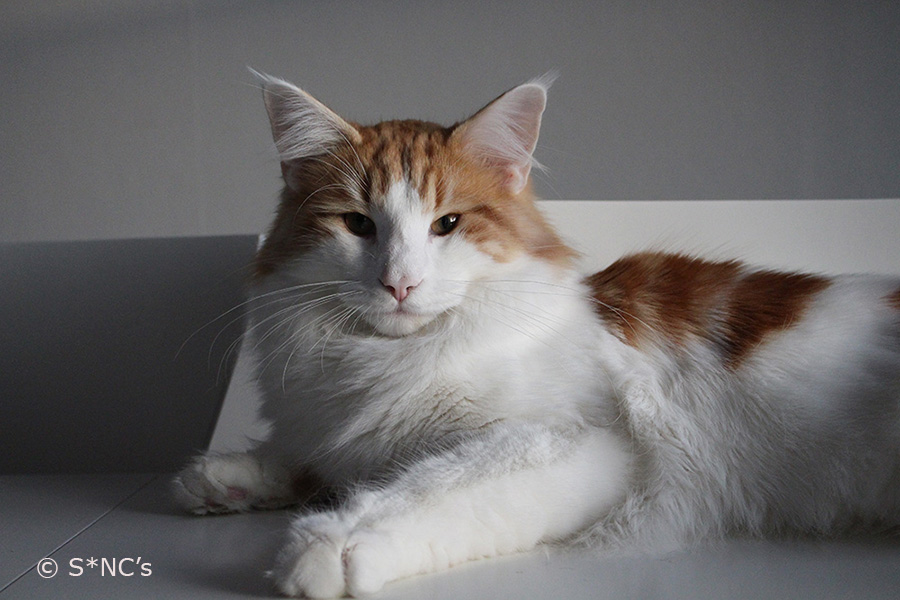 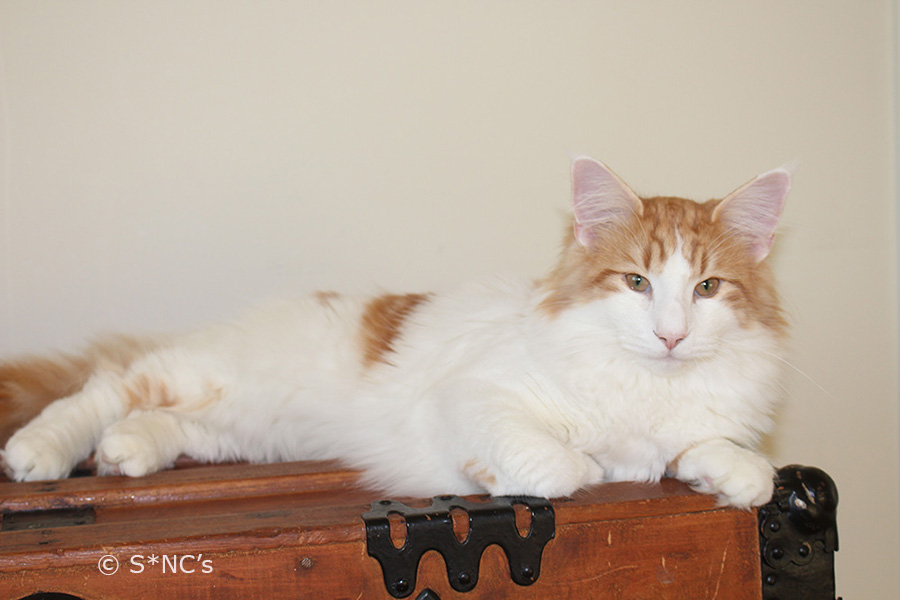 This boy was born in a small cattery in north of Sweden called SE*Hosiboo’s cattery. He was one out of three boys in the litter. Such a lovely young male with a fantastic colour that I love and he was still for sale. He is a big boy with a long body, strong bones and a wonderful expression. We are so happy and thankful to you Linda that we could have him living with us. In the future we hope for many beautiful kittens after ”Balle” as we call him.

In April 2016 he became a father to a wonderful litter together with Jasleen Jay de Leinoya*F in S*NC’s Prince litter. There were seven kittens. Later this year in June he became father for the second time in cattery SE*Freya’s Star. The mother was Kadina Duszek Lasu*PL and they got three kittens. Next litter was together with our S*NC’s China Girl and the kittens were born in July 2016. The litter was called S*NC’s Lionel Richie and there were five kittens born.

He will be tested for HCM. GSD IV-negative (both parents are negative). PK-del N/N