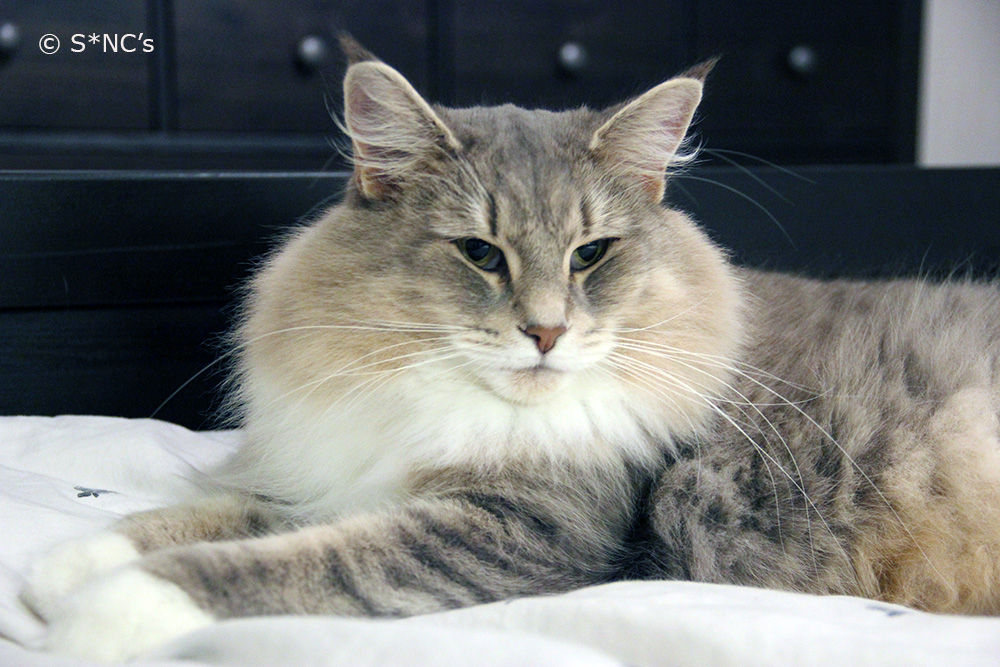 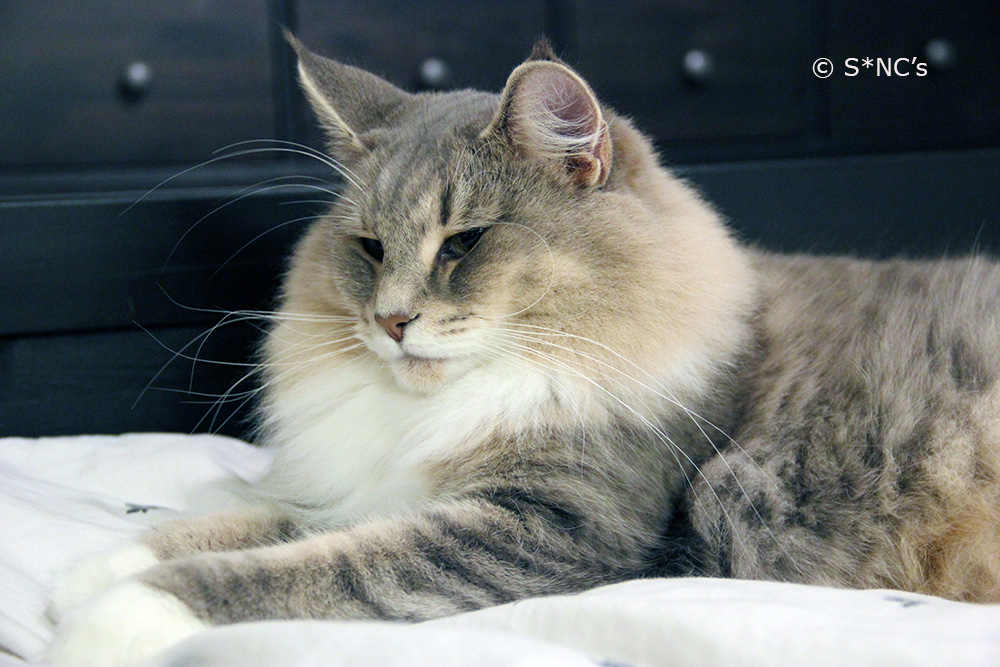 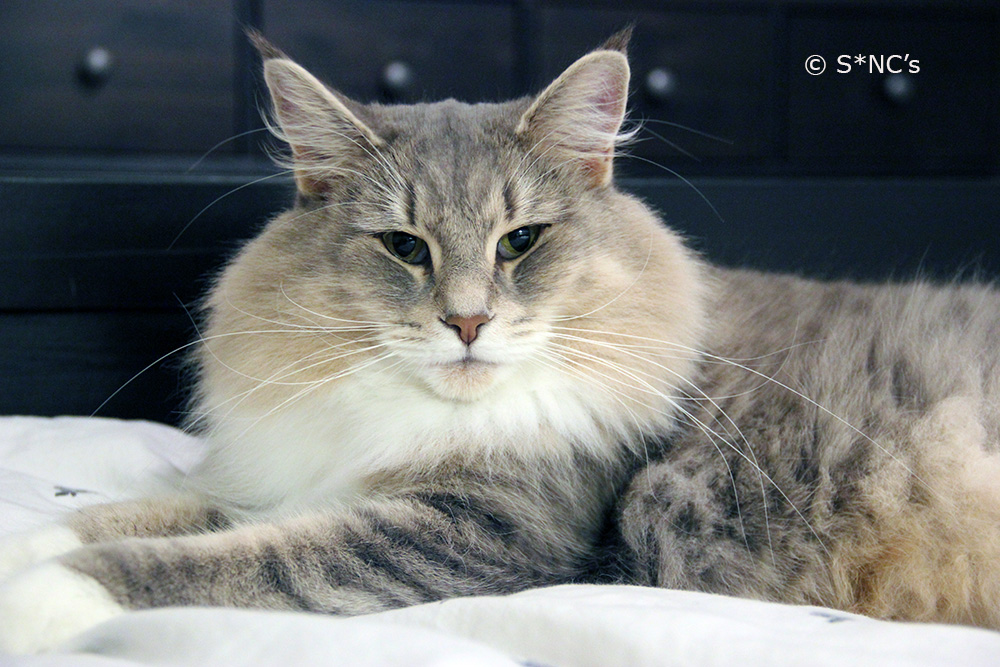 This girl is our dream come trough! When we planned for S*Just Catnap’s Alma Snowflakes first litter with our beautiful male Leo, S*Restless Nightcrawler we knew that we would keep a girl from this litter.

There were four brown/white girls and one blue/white girl in S*NC’s Supertramp litter. We had hoped for a brown girl without any white, so instead we started to choose between the brown/white girls. But this blue little girl as we called ”Blåbär” had stolen our heart and we decided to let her stay. She has a great personality and we will love to follow her development.

We started to take her with us to some catshows, and she was doing it very well. At an age of 7 months old she became Junior Winner in Norrköping. We are so proud of her and we will take her to some more catshows.

”Blåbär” continued to had a lot of success on catshows and in October 2010 she got the DVM title. In March 2011 she got the title Supreme Champion at the same day as her brother S*NC’s Sooner Or Later. Finally in April the same year she got the DSM title. Over the years 2008-2011 she had won 15 Best In Shows.

Finally it was time for her first kittens. In March 2010 there were five kittens born together with our Frenchman Casanova in S*NC’s Madonna litter. They were all very promising and two of them became Junior Winners. The two was S*NC’s Frozen and S*NC’s Vouge.

Next litter came in July 2011 and was together with another Frencman in our cattery, Drangedal des Iles Lofoten*F. They got six kittens in S*NC’s Roxette II litter were one of the males living in Finland, S*NC’s Joyride, became Junior Winner.

2014 in July was her third litter born. This time we repeted the mating with Casanova and this time they got four kittens together. This litter was S*NC’s Rihanna litter and one of them, S*NC’s Te Amo, is living in Italy in IT*Nimue cattery. He became Junior Winner and in the beginning of 2017 he also became Mediterranean Winner and North Sea Winner. What a boy! Now we got a daughter from ”Teo” in our cattery – IT*Nimue Blackberry Morgana.

During the time we have tried to mate ”Blåbär” with other males but she was a bit difficult during the matings. After some matings that not succeded we decided to mate her once again with Casanova so in October 2015 her last kittens were born in S*NC’s AC/DC litter. There were six males and this also became Casanovas last litter and thats the reason why we named one of the boys after him, S*NC’s Casa Junior.

In spring 2016 we were hit by a big chock when we found ”Blåbär” in a very bad condition in the catrun. She had difficulty breathing and we took her to the Veterinary Hospital Emergency. They started to give her oxygen and when they examined her they found a big ”thing” in her stomach that not should be there. The x-ray and autophsy showed that she had a big tumour in her stomach that had caused a major bleeding in the abdomen. There was nothing to do about it so we had to say farwell to our wonderful girl ”Blåbär”. She was a very special girl for us and we will never forget her. ”Blåbär” became 8 years old but we had hoped for many more years together with her.

She was tested for HCM in October 2009 and her heart was normal.