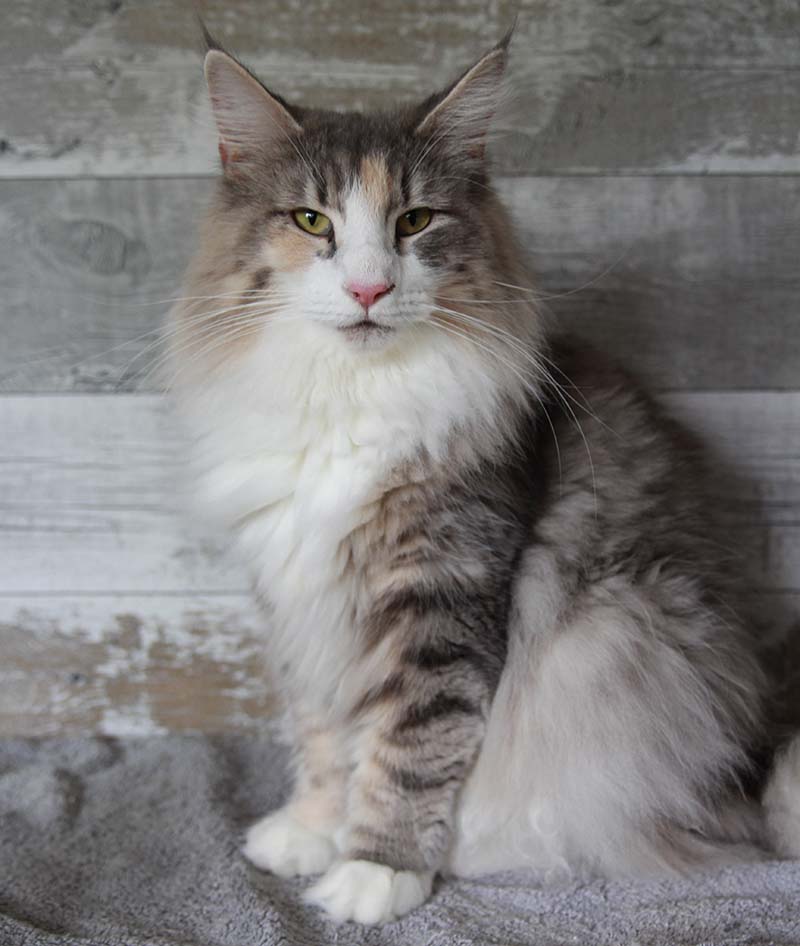 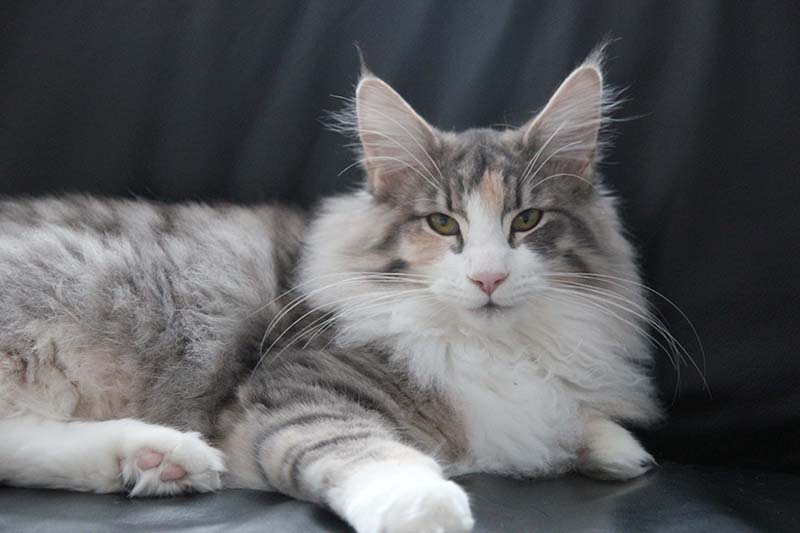 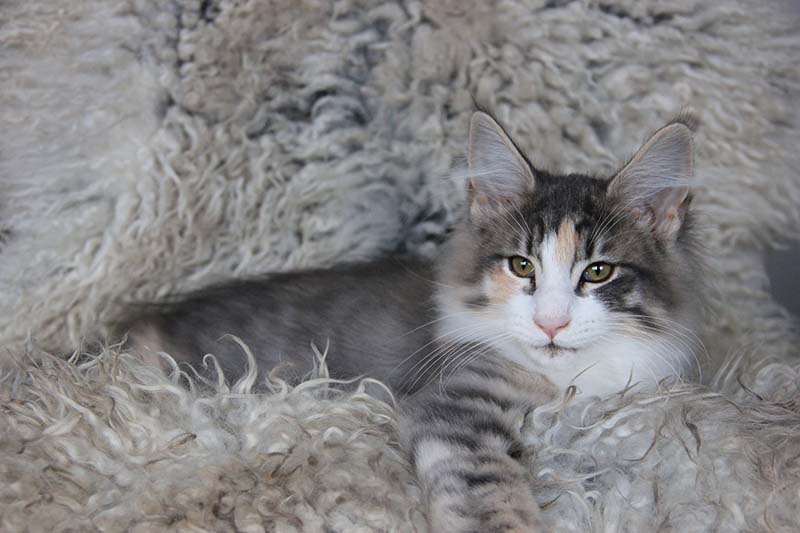 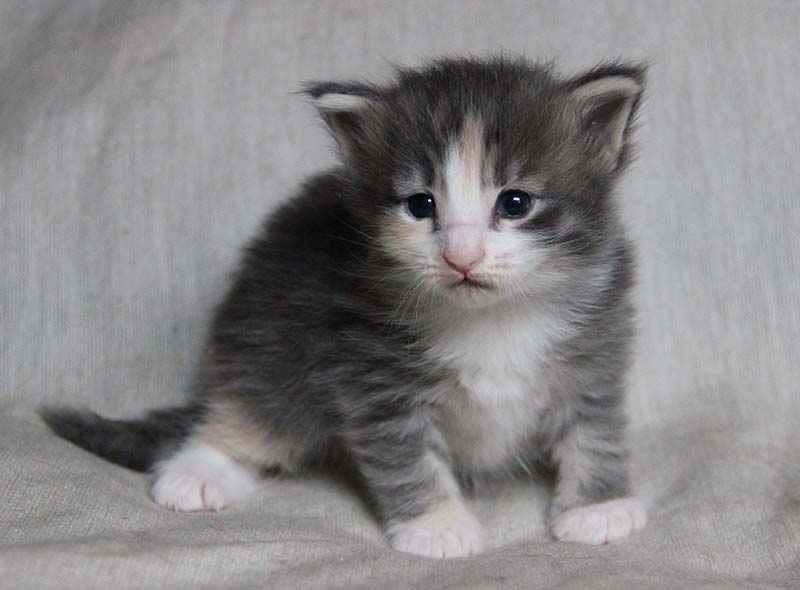 Since Alma didn’t have any tortiefemales so far, I have started to plan for a new mating between a red male. There he was – GIC S*Zygot’s Cornetto! When Alma was going to deliver the kittens, I was so excited. The first one was a boy, the second …… and so on. When the fifth kitten also was a boy, I had to give up my dream of a tortie girl from Alma. The sixth kittens was blue ….. but there was something red in her face? YES it was a blutortie girl for me!! She saved her to the end, just to make it more excited! Since the theme for this litter was David Bowie, her name became China Girl.

She will be tested for HCM. GSD IV-negative (both parents negative) PK-def negative