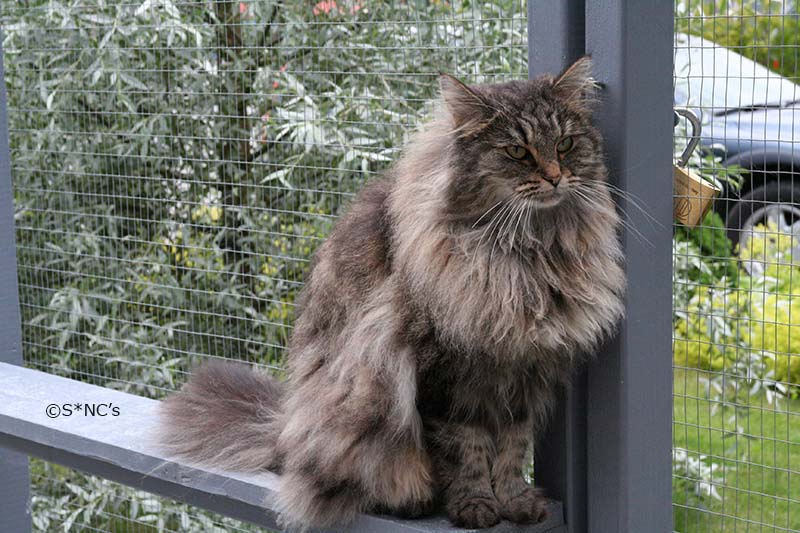 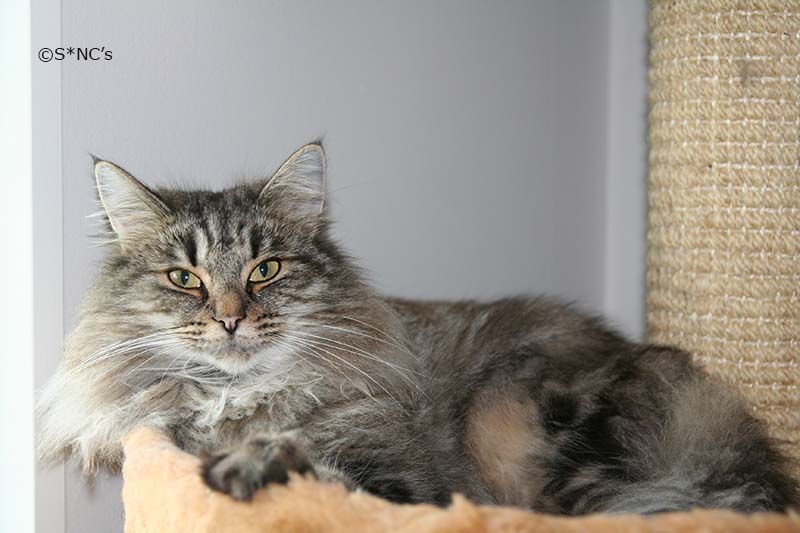 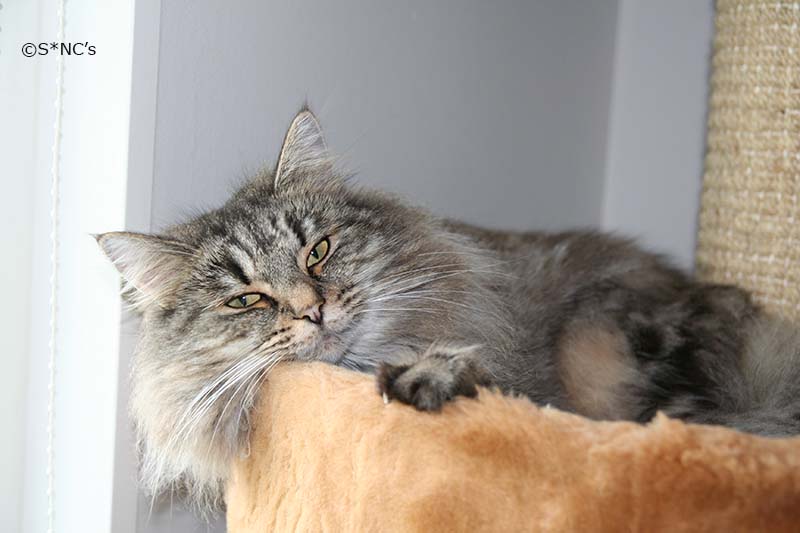 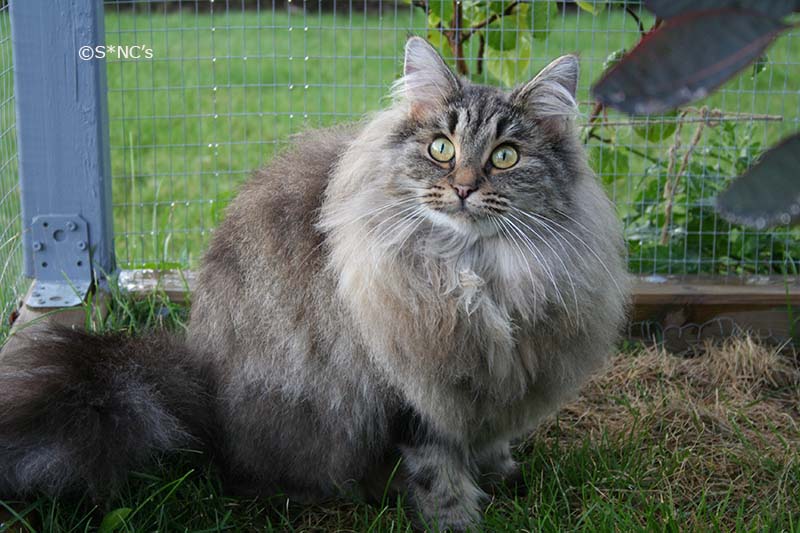 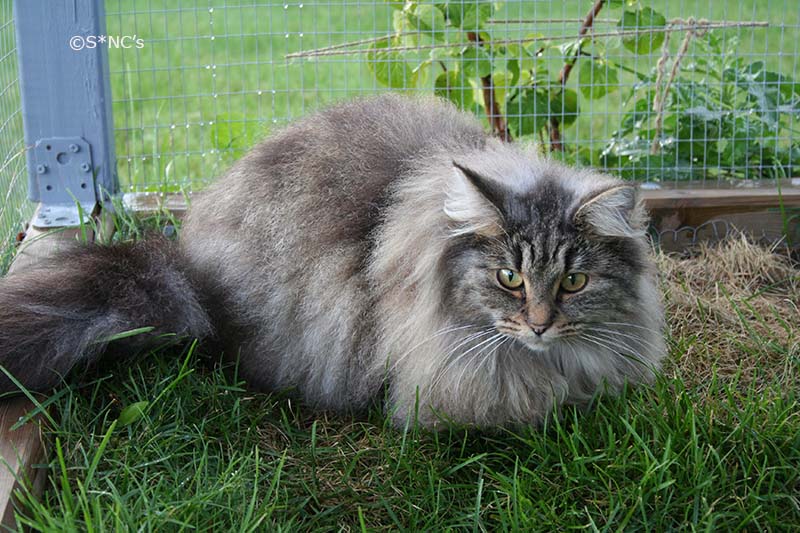 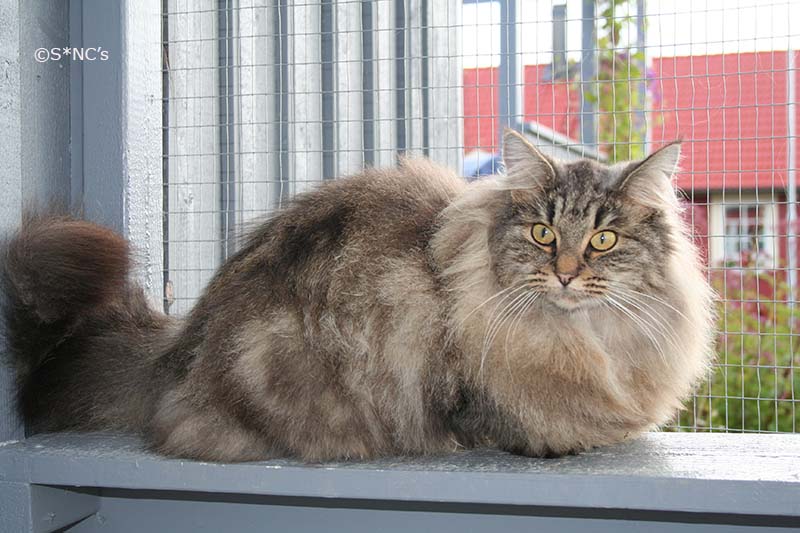 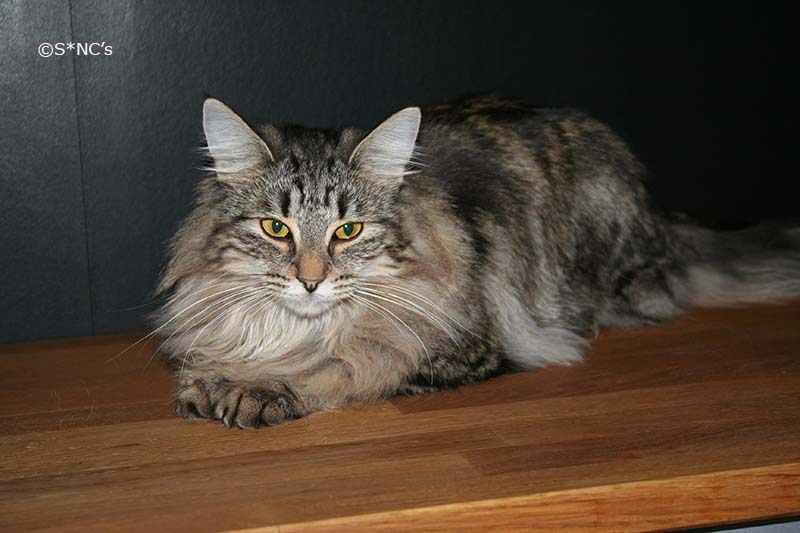 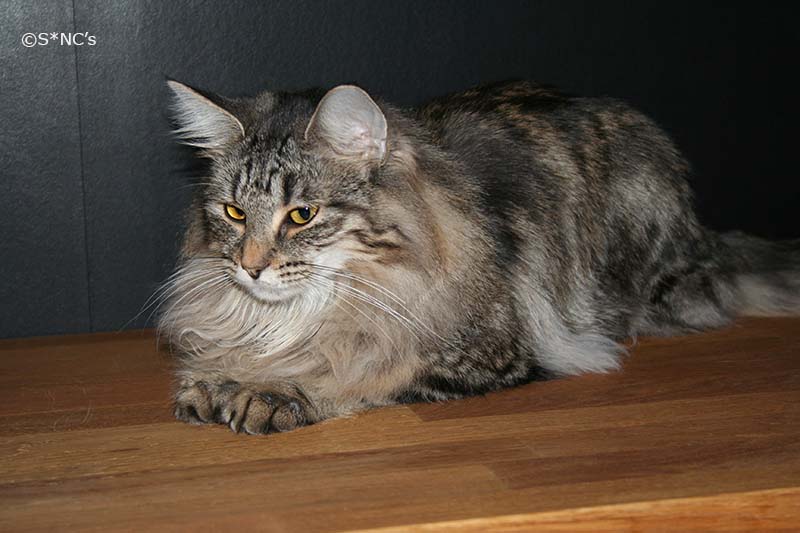 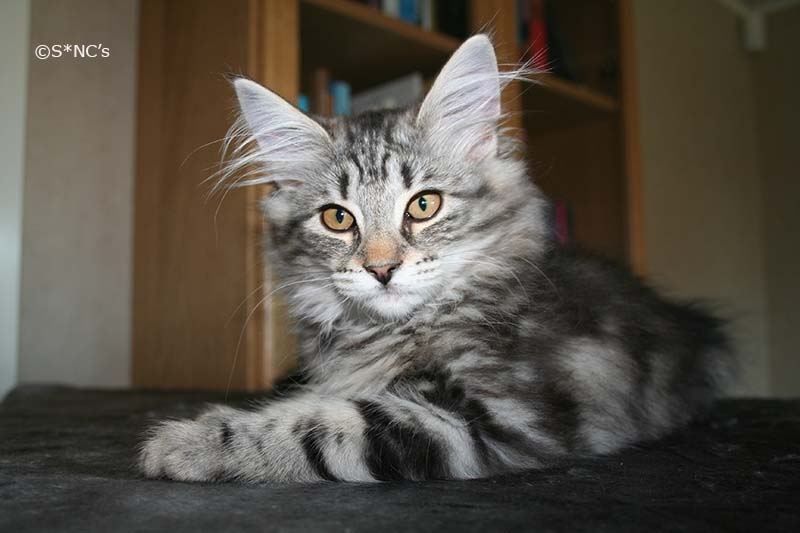 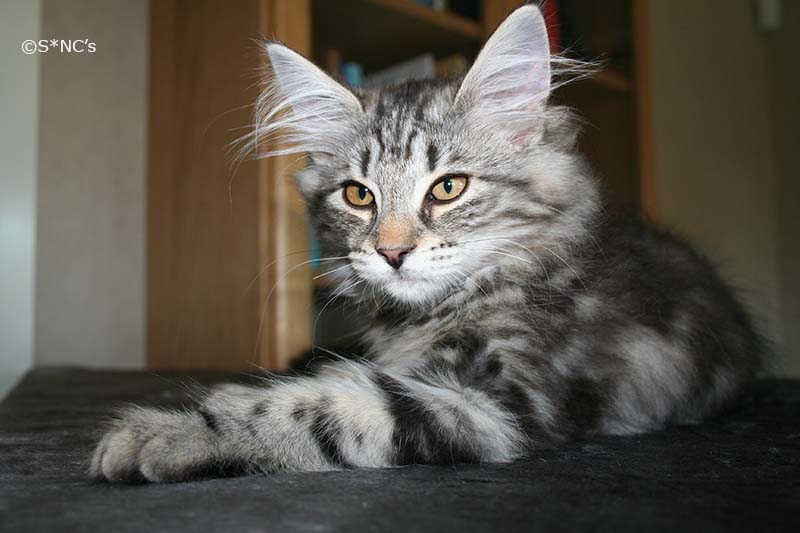 This beautiful girl were born in Västervik at S*Lyckokatten’s cattery. She were probably waiting for us like she knew that we were looking for a black silver blotched tabbygirl. We called her ”Dior” well nothing against Honda bikes but I like Suzuki much better and our daughter wanted to call her ”Dior” so that was an easy decision.

When Dior got home there was five other cats who wanted to say hello. It didn´t took more than a day before she found her best friend in Singel. They were chasing each other all over the house and I can´t belive that nothing was broken to pieces. When the food was served she was pushing aside the other cats and started to eat until the bowl was empty.

She had a very nice temperament like her mother and a very nice profile after her father and we´ll hope that she will became a beautiful lady in the future.

She has been at some catshow’s with some different results and we decided to take a break from the shows. Instead she had a date in november 2006 with a nice looking guy, IC S*Myselisia’s Isor, and she got her first kittens in S*NC’s Roxette litter. The three kittens became very beautiful!

In november 2007 she and (N)Fodnaheia’s Vineto had kittens together. They had three lovley girls and the litter was called S*NC’s ABBA litter.

Because of the problems Honda got with her both litters, that the kittens started to loose their coat, and in consultation with our veterinarian we decided that she no longer will be used in breed. Instead she was neutered in february 2008, even though we think she was a very good breeding female and she gave us really nice kittens in S*NC’s Roxette litter and S*NC’s ABBA litter.

In the beginning of autumn 2011 she started to loose some weight. The vet told us that her kidneys has stopped working, and in 4 of october 2011 we had to let her fall asleep <3