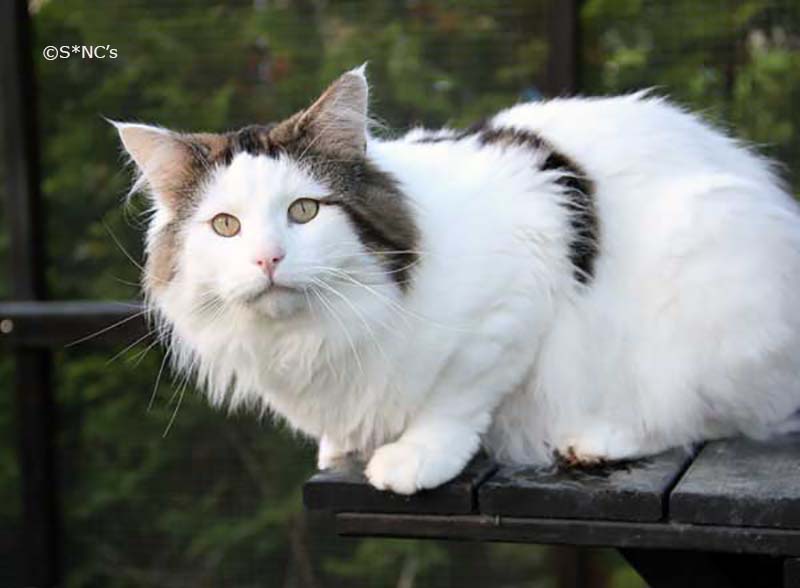 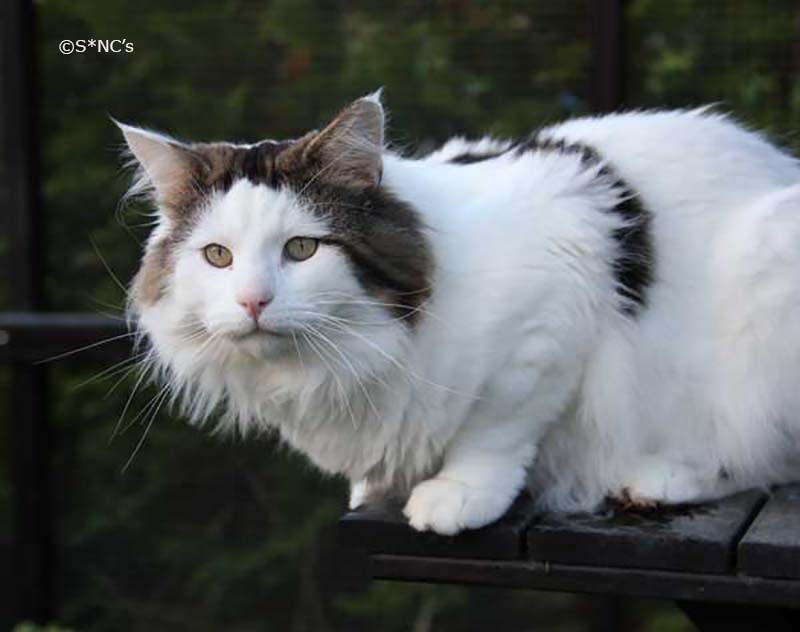 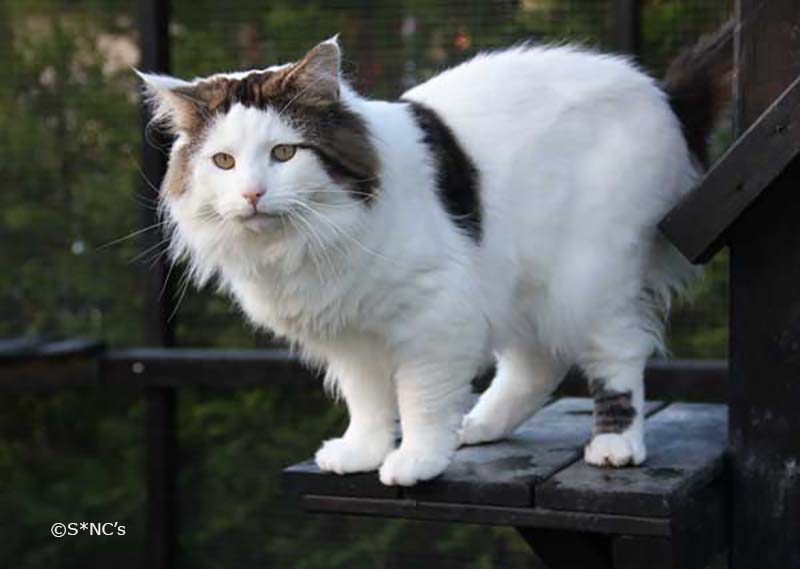 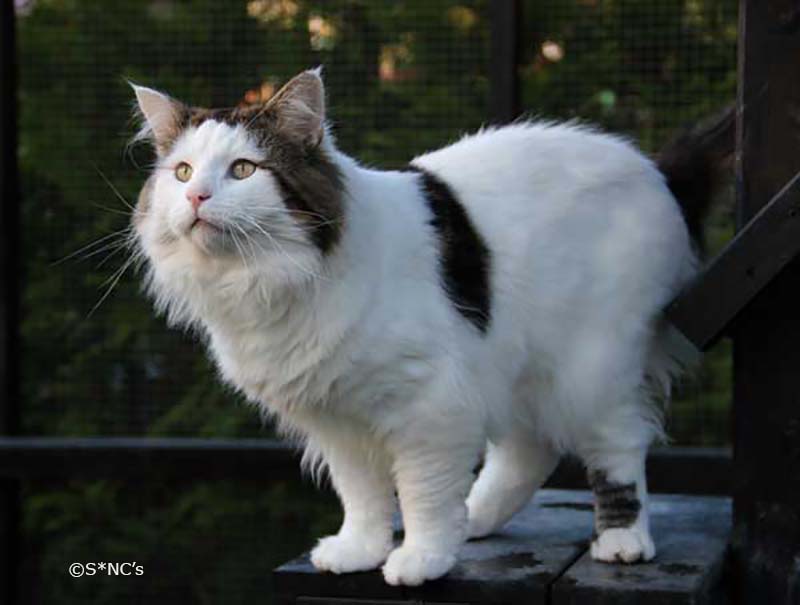 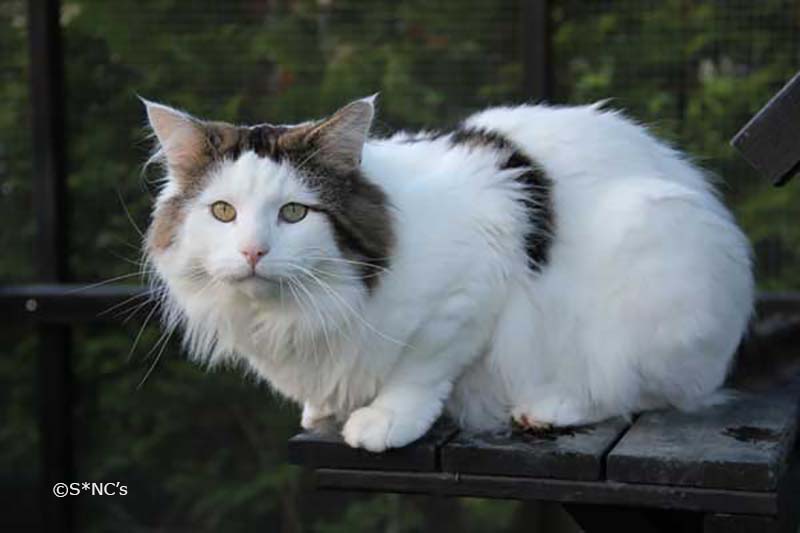 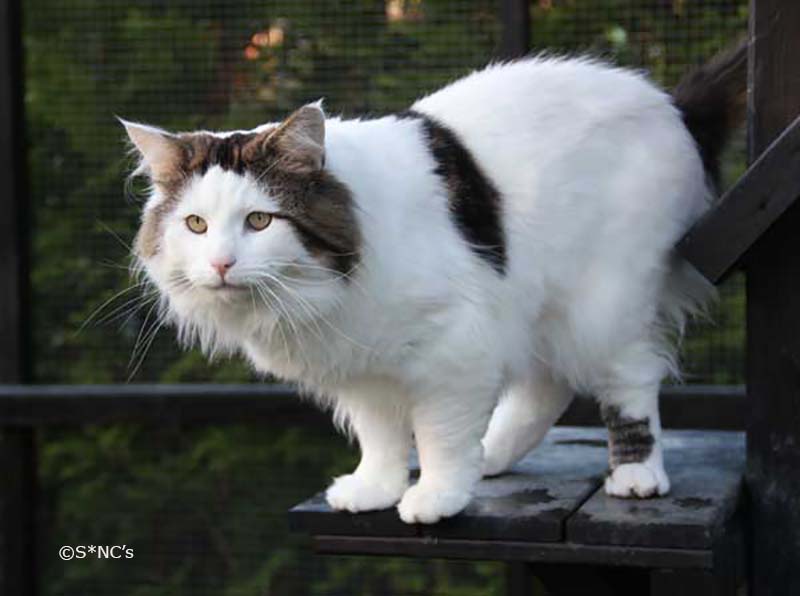 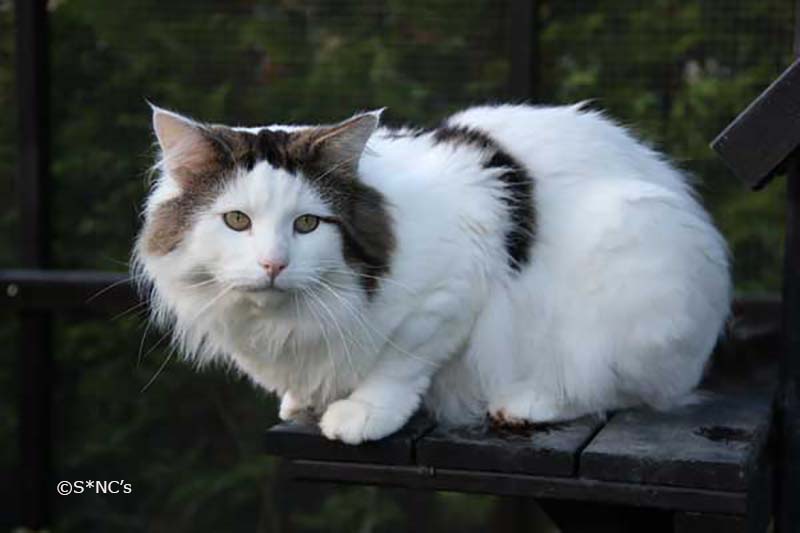 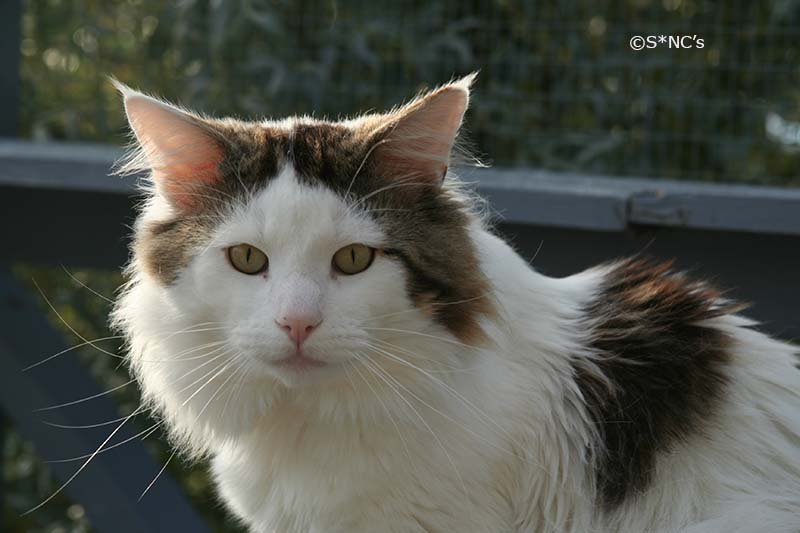 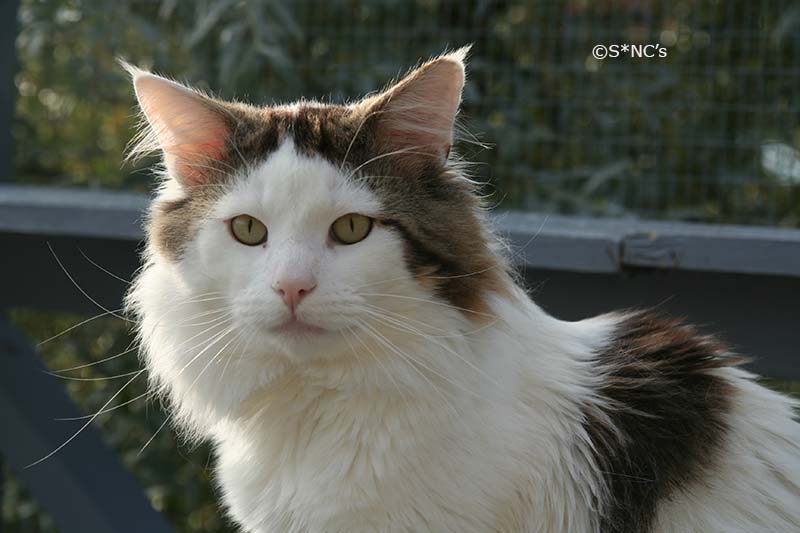 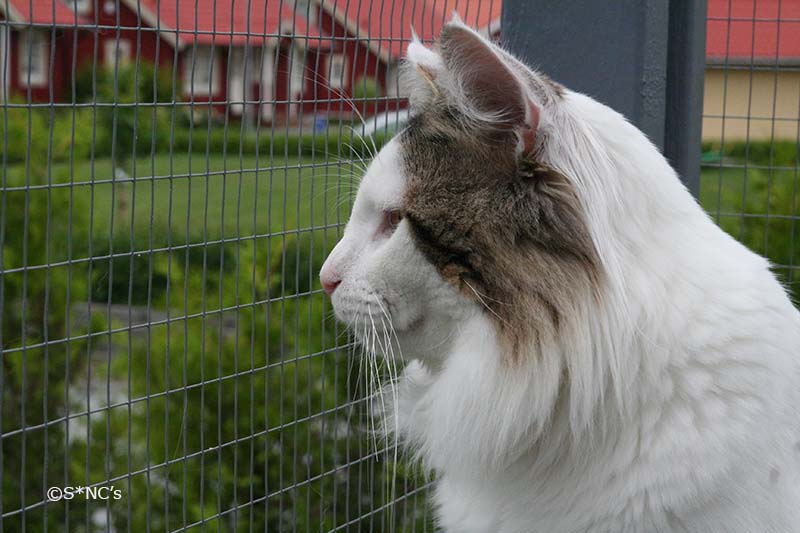 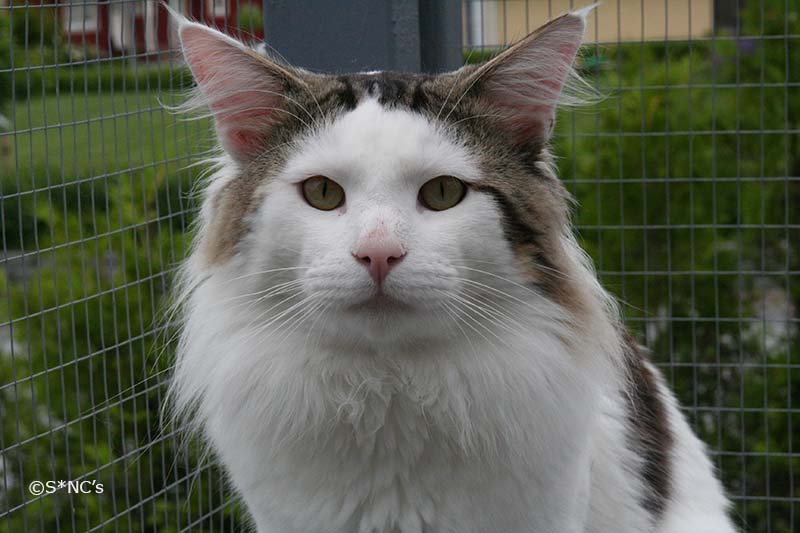 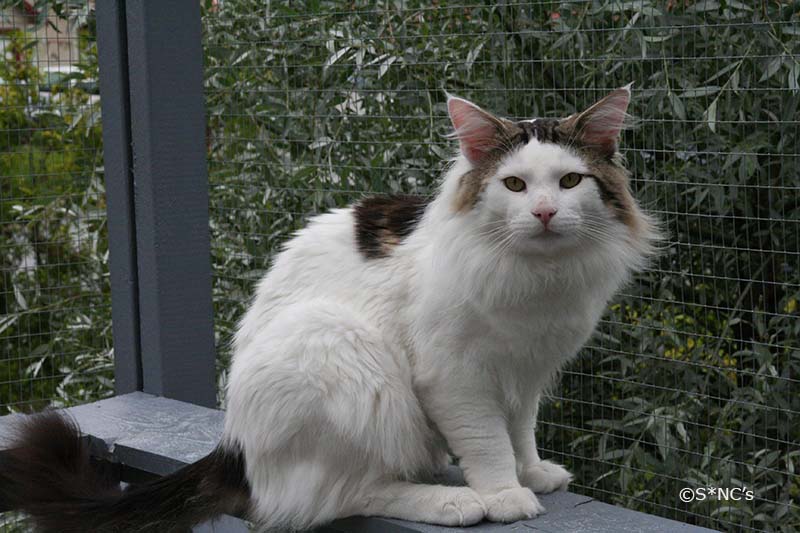 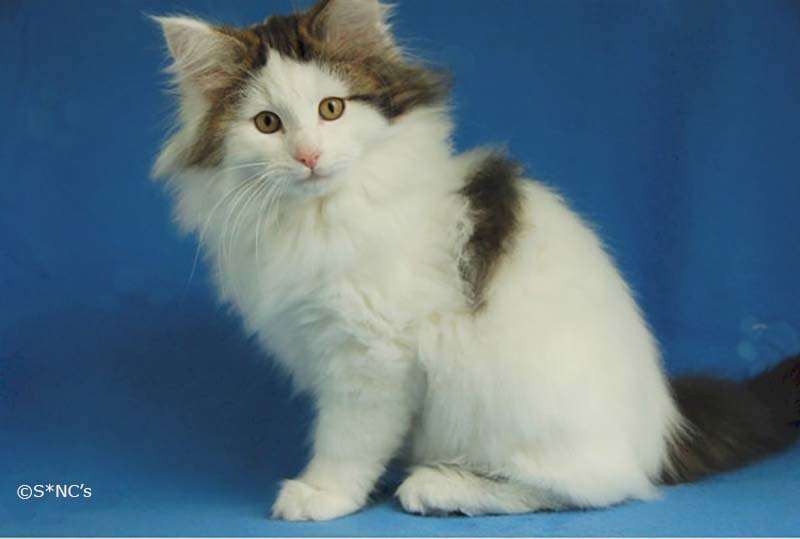 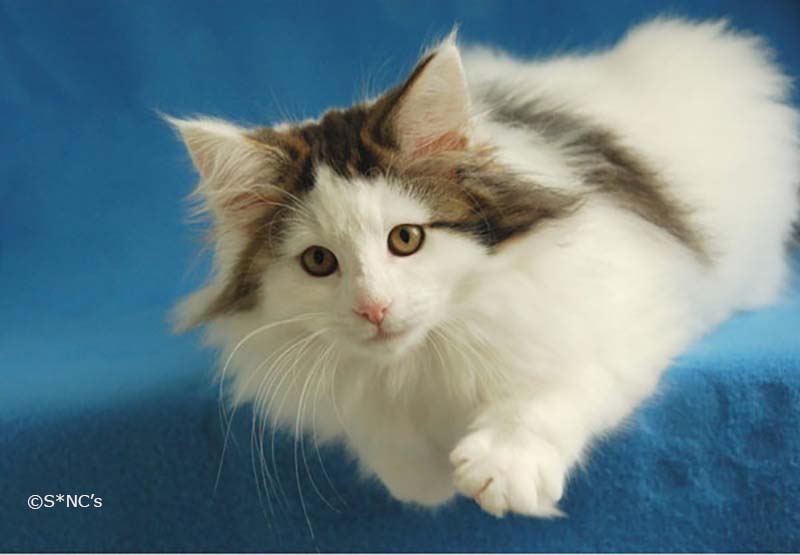 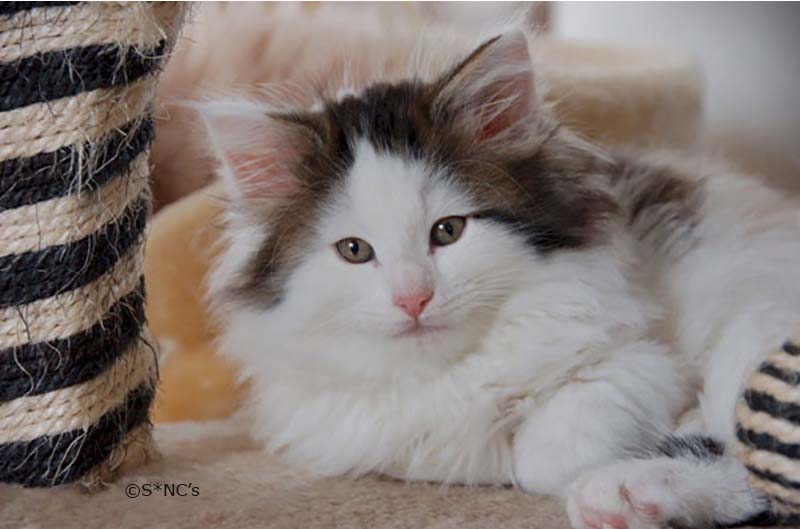 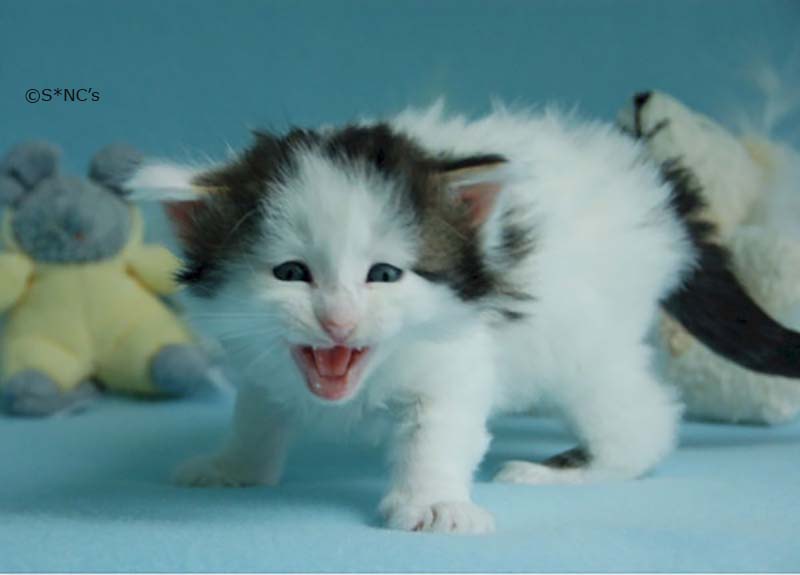 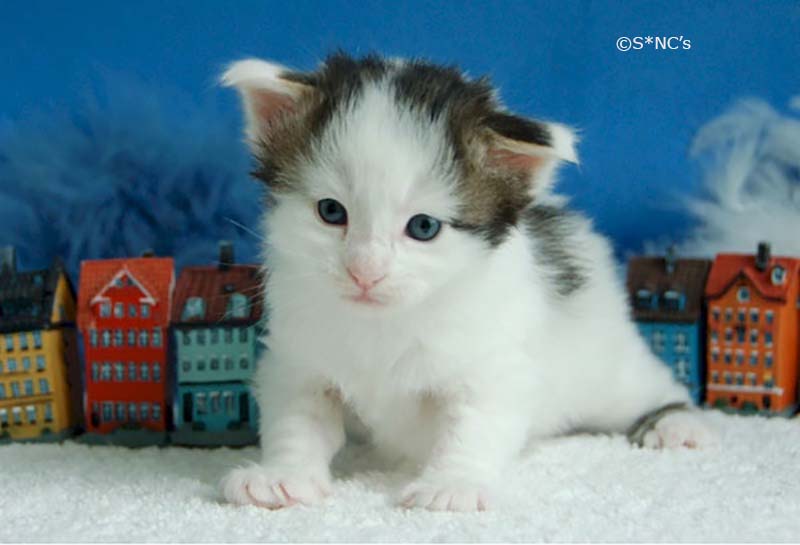 It was actually a female with much of white I was looking for, but suddenly there was a litter in cattery des Iles Lofoten in France that I couldn’t get off my mind and specially that kitten with much of white. The problem was that it was a male, but since he was perfect in my eyes and my heart said yes, I couldn’s resist him. His name was Drangedal.

Drangedal has a fantastic look, nice ears with lynx tufts and he has a very good bonestructure. We cant wait to see how he will grow and we hope that he will develope nice. Merci Gisèle, for given us the chance to have this beautiful white Prince living together with us. In the future we will take him to some catshows and we also hope that he will get the chance to mate some of our females.

At an age of 1 years old he had a really good size and his weigth was really good for a young male. He has developed nice and we cant wait to see his first kittens with our girls.

So in November 2009 the S*NC’s Michael Jackson litter was born. There were six kittens born, five males and one tortie female together with S*NC’s Cry Wolf. We decided to keep one male, S*NC’s Man In The Mirror in the cattery since this combination have all the cats that we have built up our breeding with.

In January 2011 he had kittens together with S*NC’s Cool Cat that lives in cattery S*Sweet Scarlet’s. They got four beautiful kittens. Later this year in May he became father for the third time and agin it was S*NC’s Cry Wolf who gave birth to four kittens in S*NC’s Rolling Stones litter. The only girl, S*NC’s Angie, were sold to S*Zimexis cattery and today we have a dauther from her in S*Zimexis Isadora Duncan. In July he became father again in S*NC’s Roxette litter together with S*NC’s Words Unspoken. It was a very nice litter and one of the boys, S*NC’s Joyride had a lot of success on catshows and became Junior Winner. Drangedals last litter were born in 2011, in S*Zygot’s cattery.

We are so sorry that we couldn’t save you – R.I.P sweet Drangedal