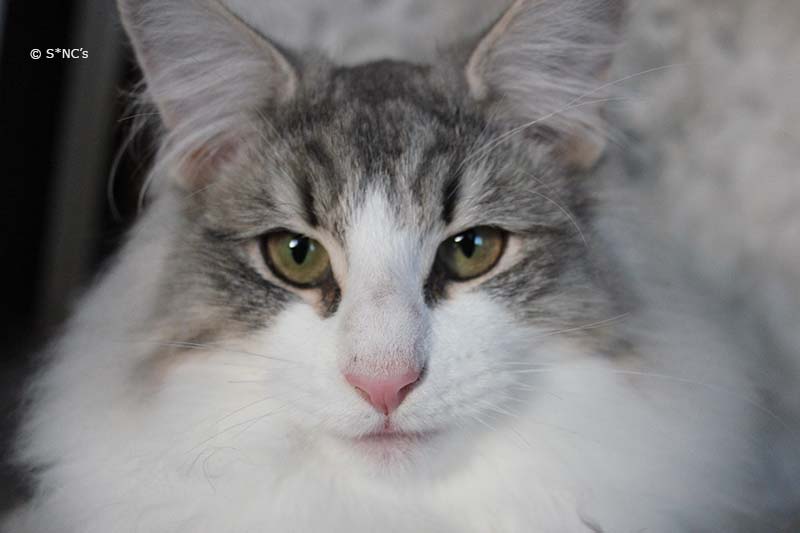 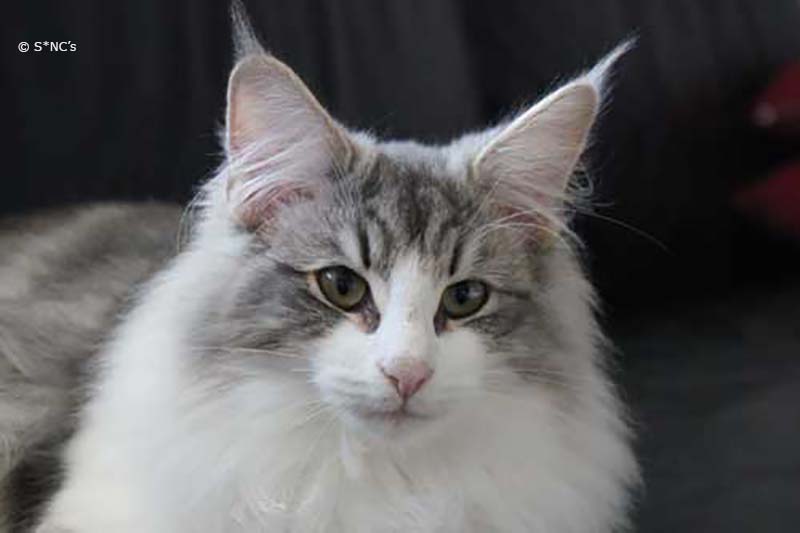 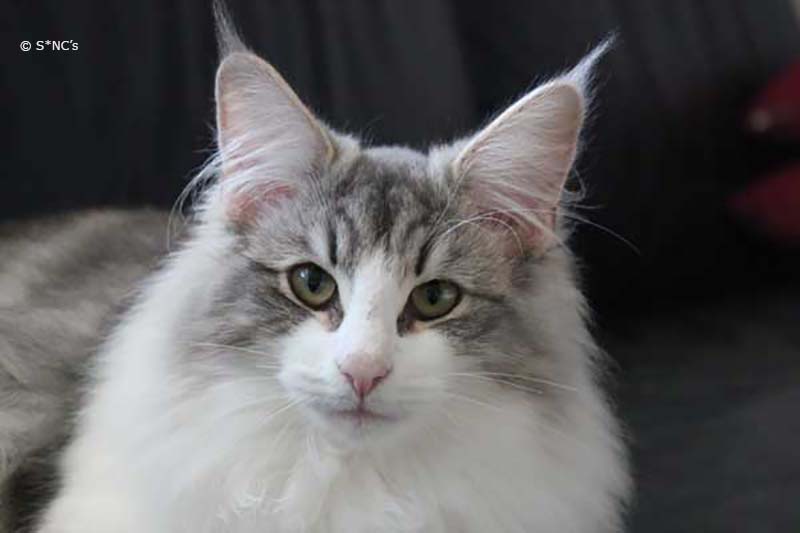 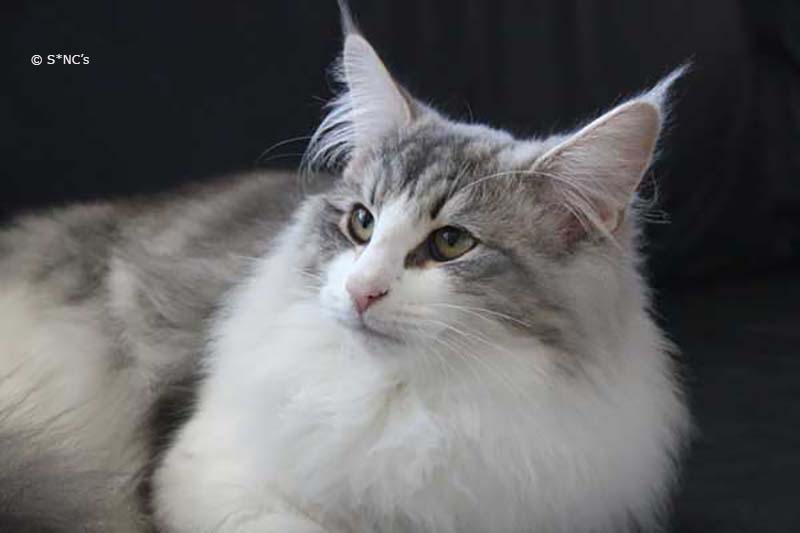 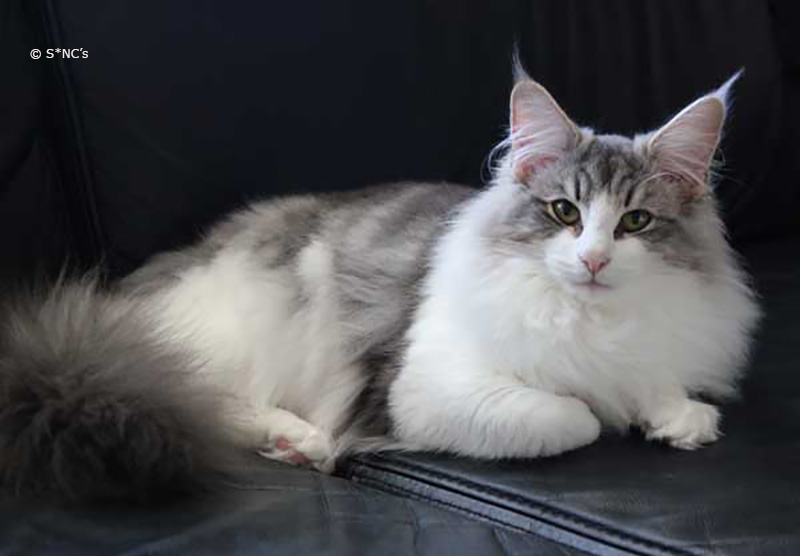 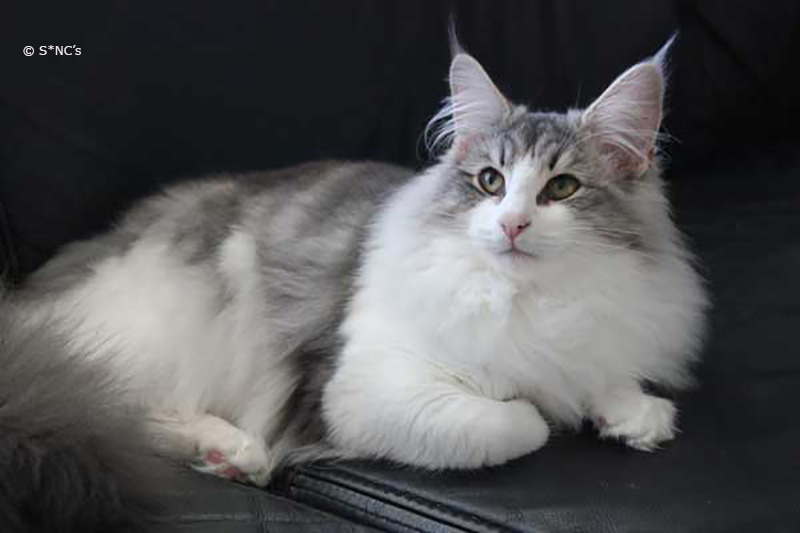 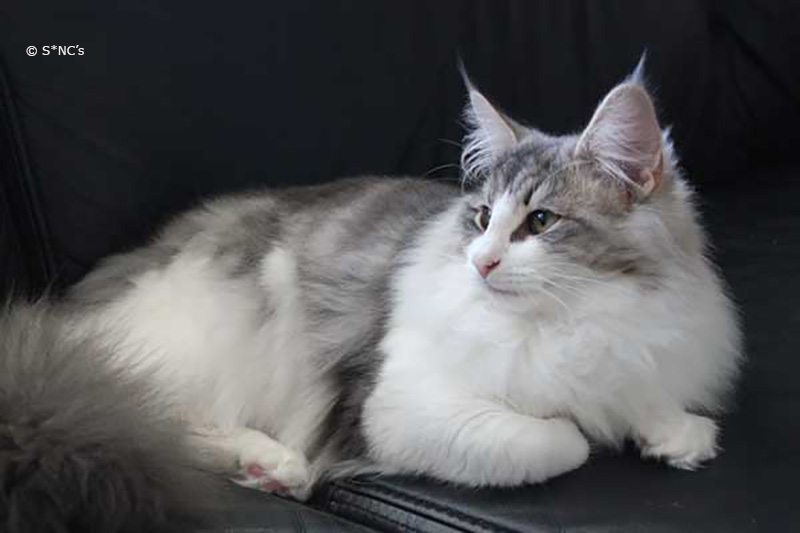 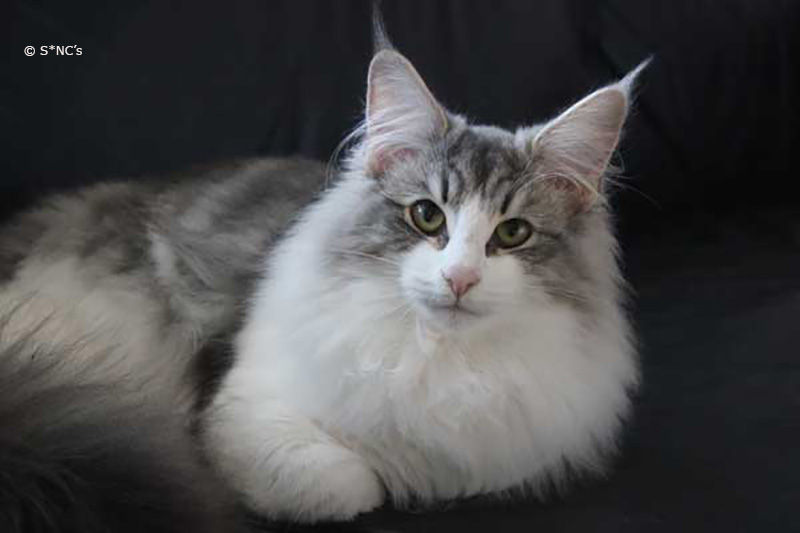 I had  for some time been looking for a silver girl, and it’s been close several times but never gone all the way. So one day, I suddenly saw a photo on FB on a little girl that I just could not let go. In the end I made a visit at the home of Sylvia, breeders of S*Little L’s, and at last I had found my dream silver girl. Thank you Sylvia, S*Little L’s cattery, for letting this little Sunstorm enjoy our Life!

Sunny that was her nickname, stepped right into our house and was absolutely fearless both our cats and our two crazy dogs. Her personality is amazing and we were simply forced to rename her to Funny precisely because she is always fun and always find lots of mischief.

Besides her lovely temperament she has many fine technical features that I like, for example, beautiful ears with huge tassels. She has a good profile with a nice rounded forehead and a lovely look. There are already plans for who will be her first date ….. we hope it will be by the end of 2014.

We had to wait a bit longer than expected for her first date. Casanova was the one for her. In the end of April their kittens were expected and we were so excited to see them. Sadly it didn’t turn out that way. Early morning 1:th of May 2015 I heard a light sound and I thought that she had started to give birth since it was day 63. But when I looked I realised that it was ”Funny” who made that sound. I also saw that she was laying on her side and had problems with breathing. When I should touch her I felt that she was very cold. I understand directly that her circulation was affected so we took our car and drove as fast we could to the closest Veterinary Hospital. They took her to the intensive care immediately. She was in very bad condition and they was not sure if they could save her. We waited for some hours and then the worst message came …. they could not save ”Funny” but there were maybe still a chance to save the kittens? But when they opened her they found that all kittens already had died. The veterinary who did the surgery tould us that ”Funny’s” and the kittens dead was caused by a twisted uterus.

No words can describe how terrible this was to loose both kittens and their mum! R.I.P ”Funny” my silver dream girl together with your baby’s.