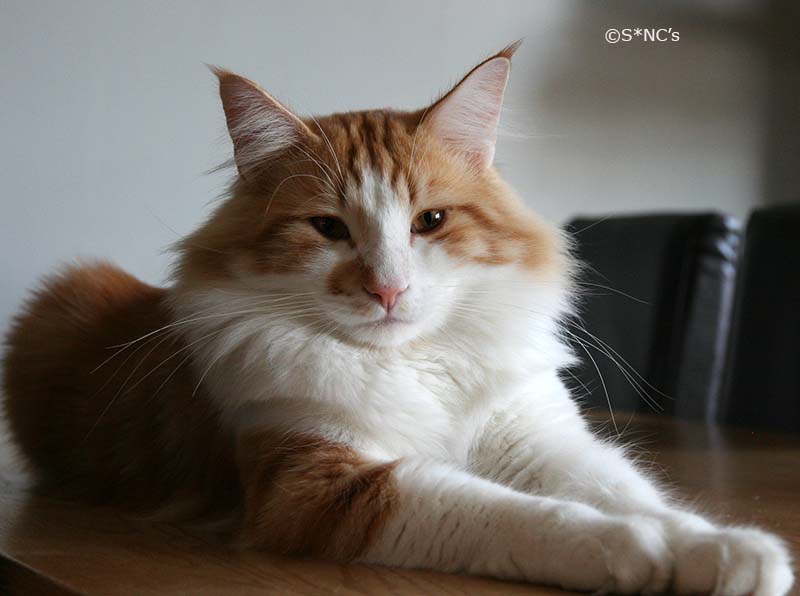 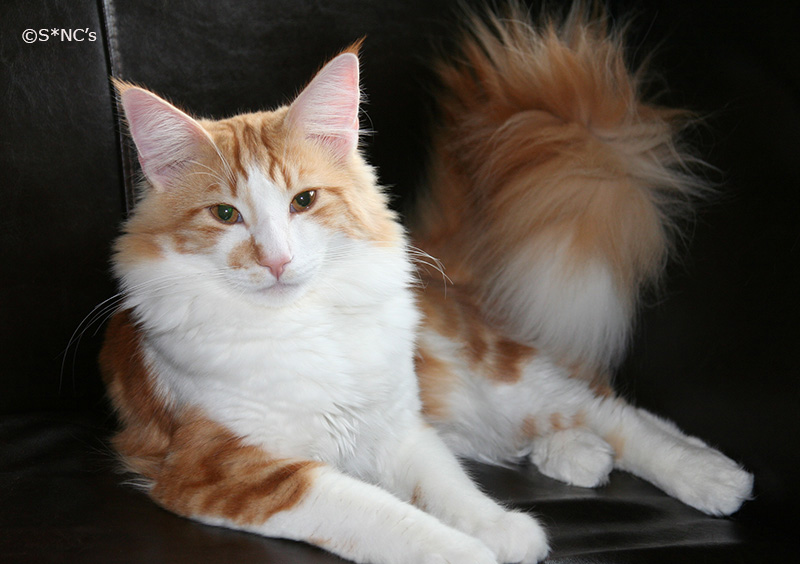 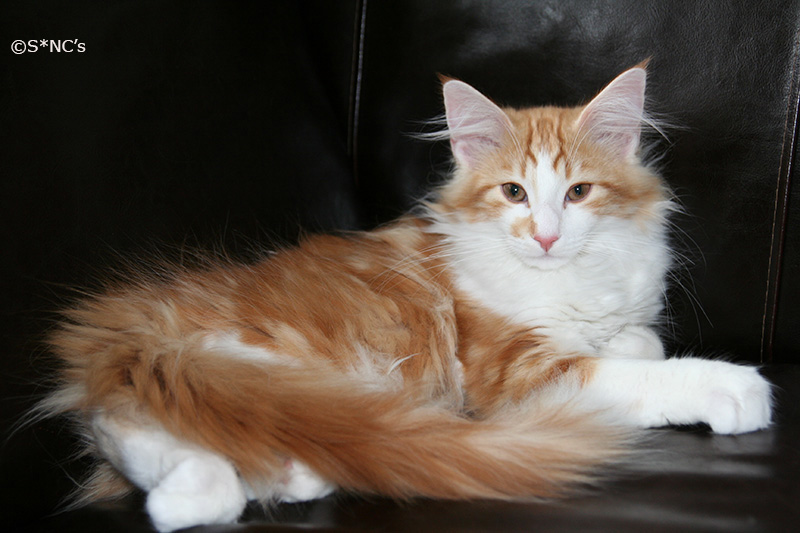 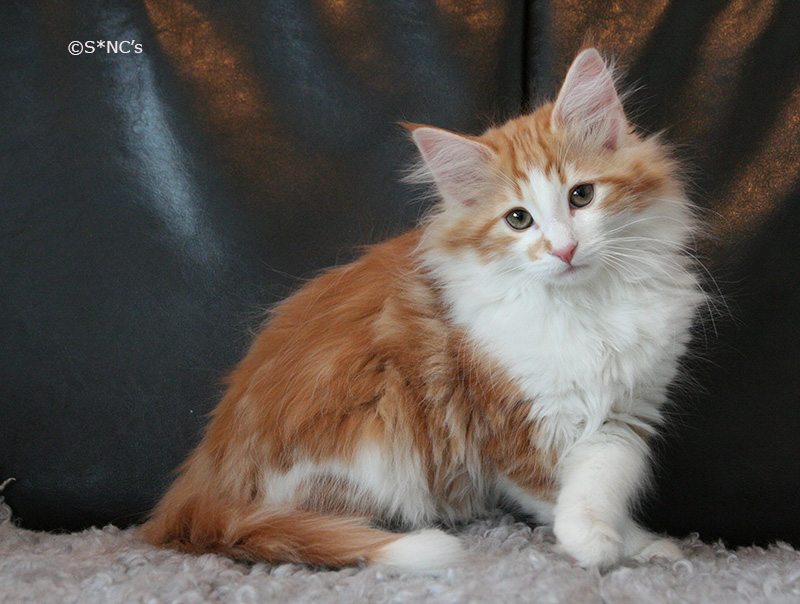 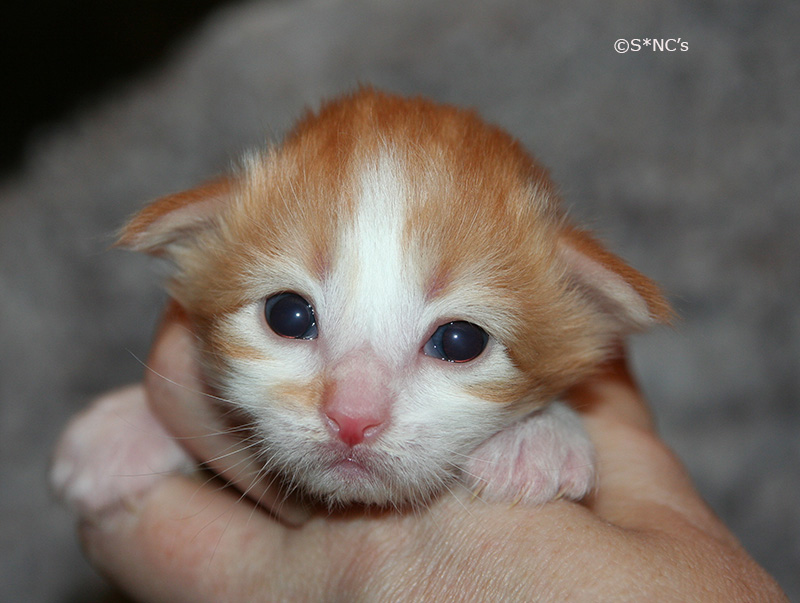 This litter is very special for us. We have a lot of cats in this pedigree from our cattery. Our first cat S*Restless Nighcrawler, S*Sir Maxwell’s Singel and of course ”Mirres” mother, S*NC’s Cry Wolf and his father Drangedal des Iles Lofoten*F. We had a very hard decision to choose male since there were five males. Finally we choosed ”Mirre” since we think he got big and very nice ears, a really long tail and a straight profile. We hope that he will develope well and it will be interested to se his offsprings in the future when he is old enough to meet some girls.

In the beginning of 2011 he had his first litter together with our queen Alma and the result was 3 really nice boys in our S*NC’s Lady Gaga litter. Since Mirre was related to most of our females we finally realized that we had no use for him as a stud anymore so we decided to let him be neutered in november 2012. Now he lives as a happy neuter in a new family.