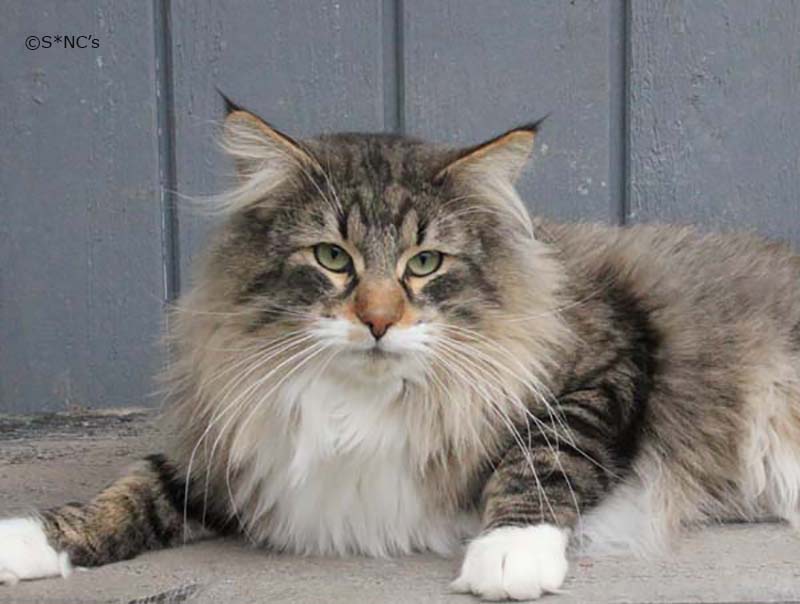 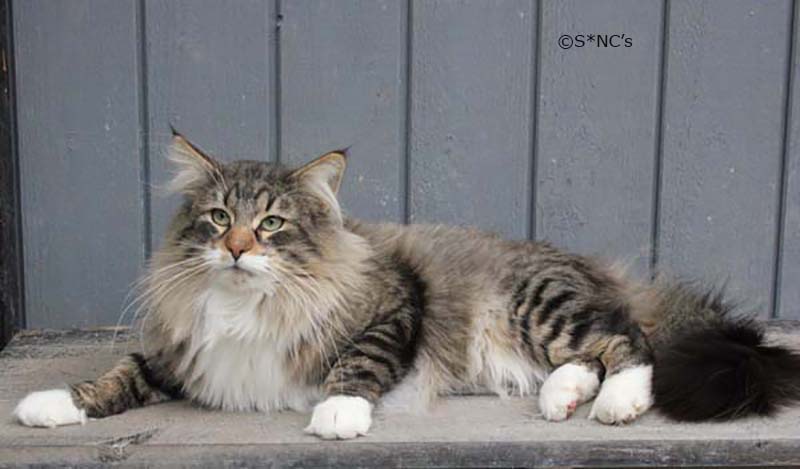 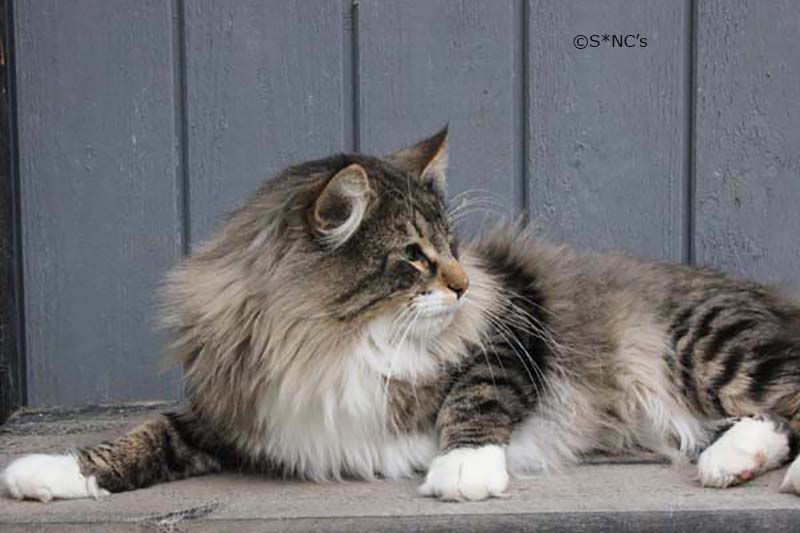 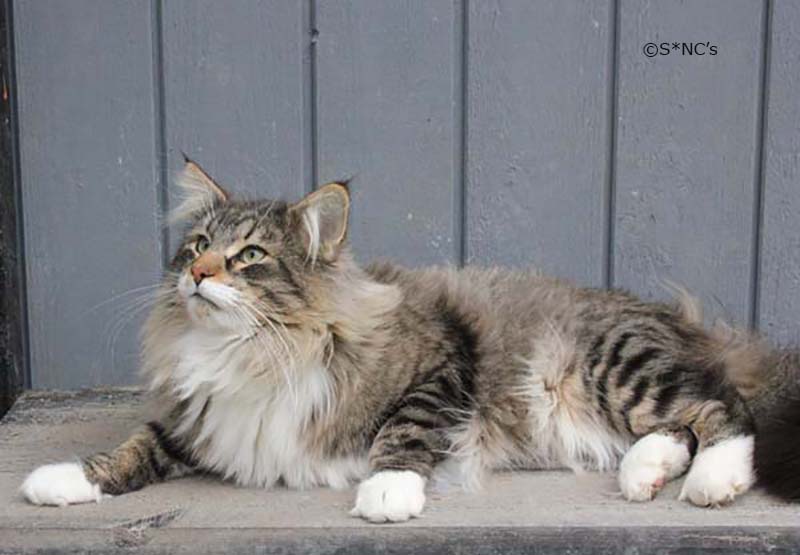 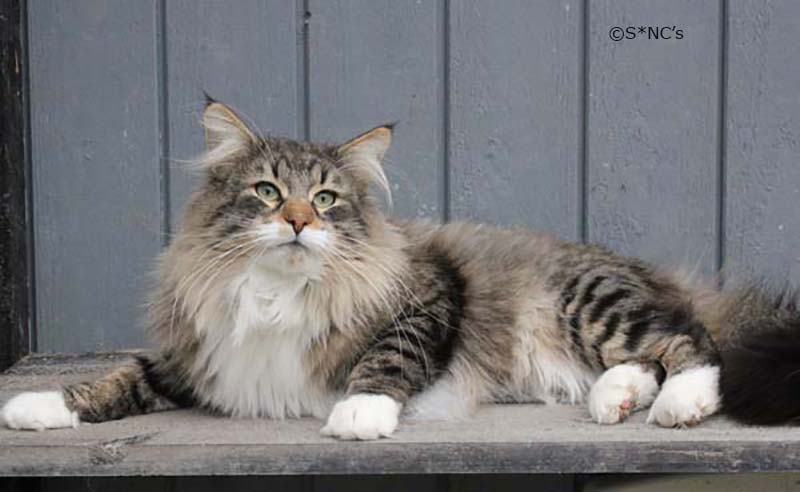 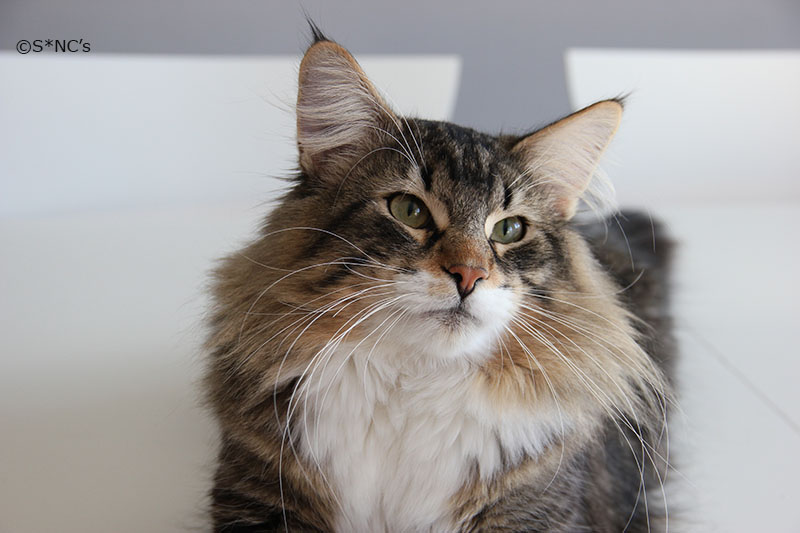 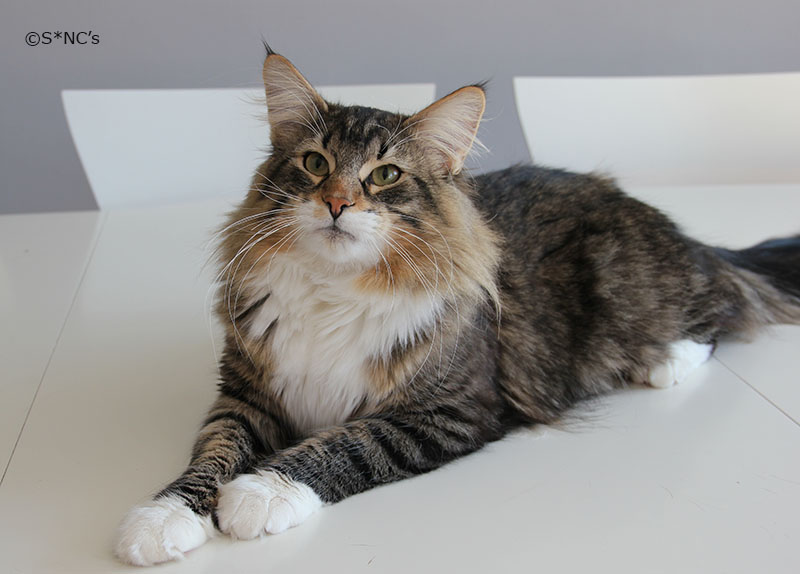 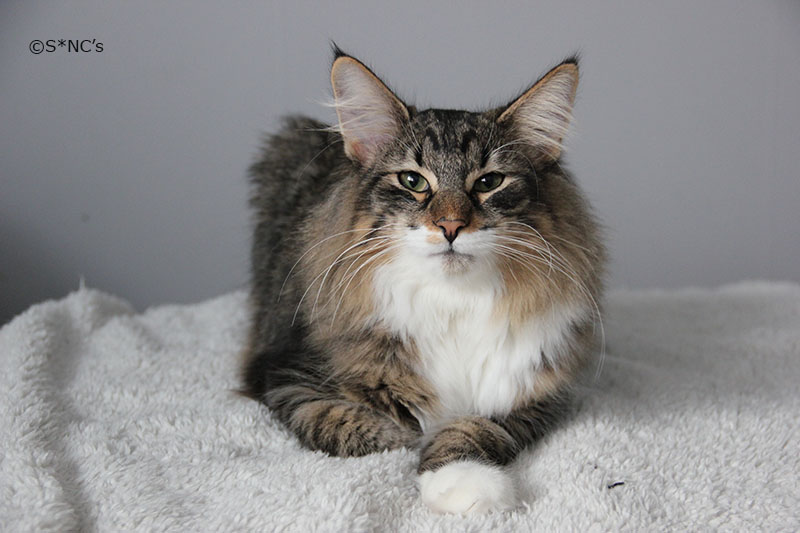 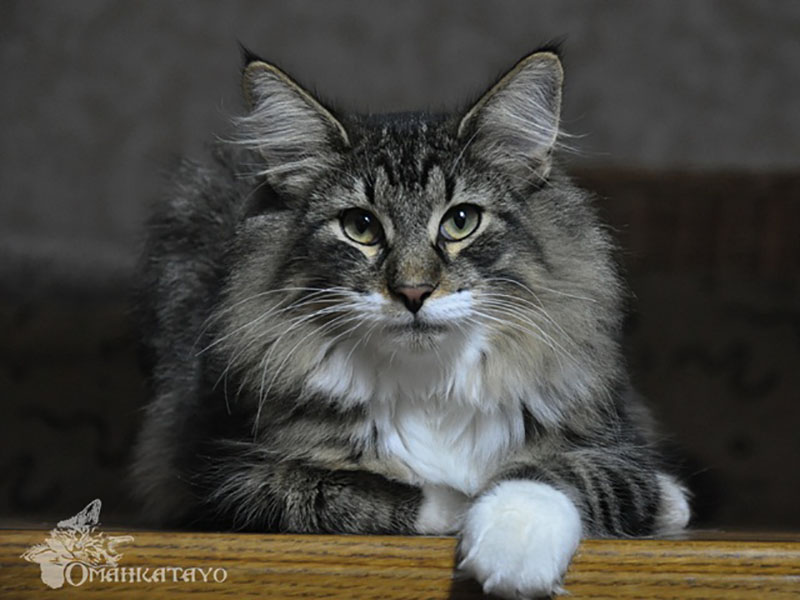 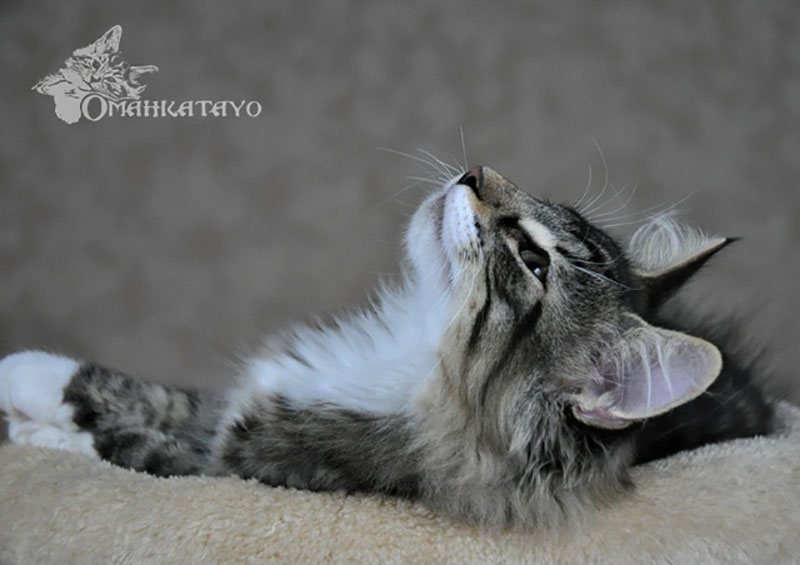 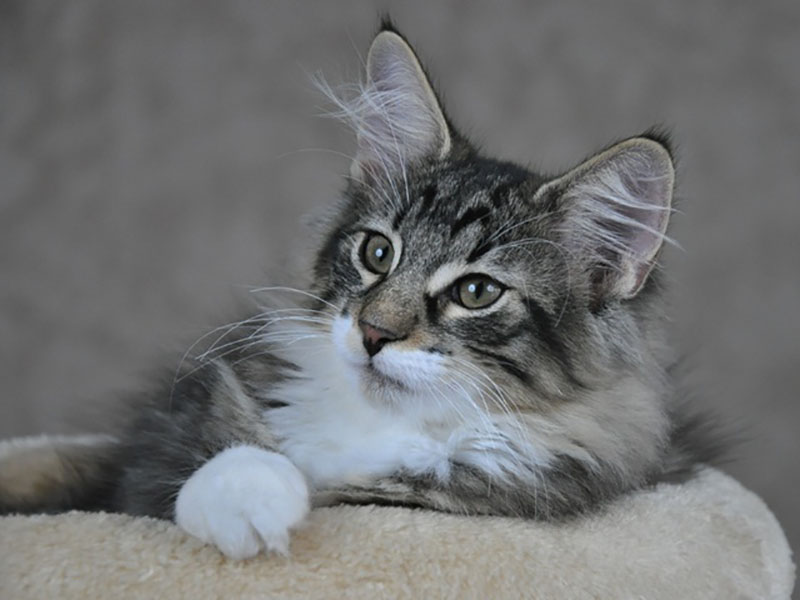 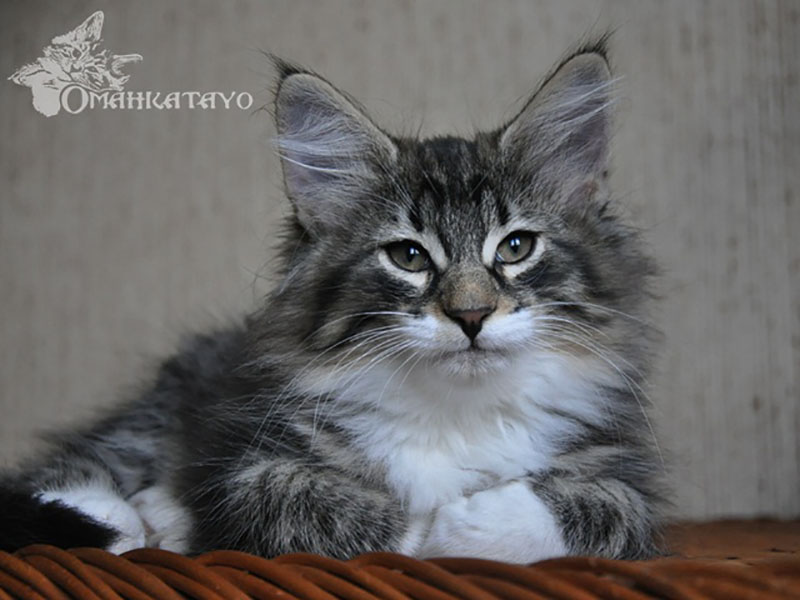 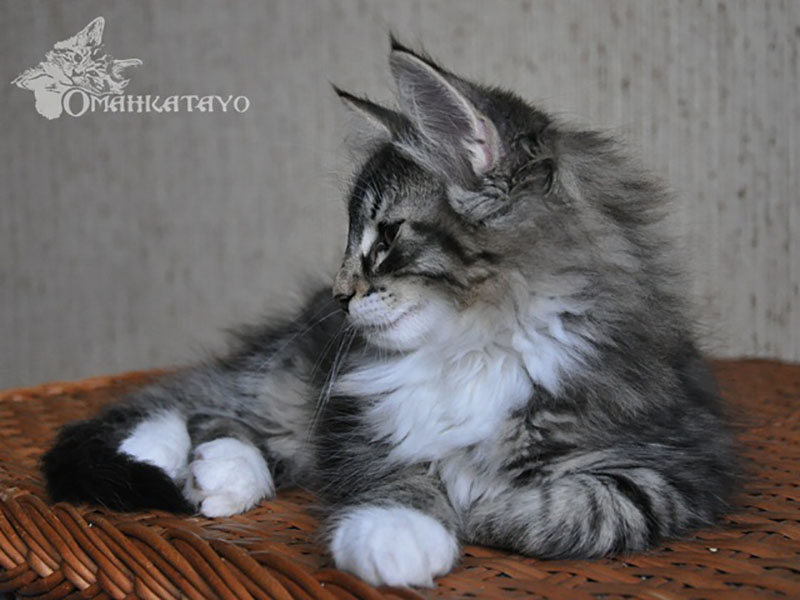 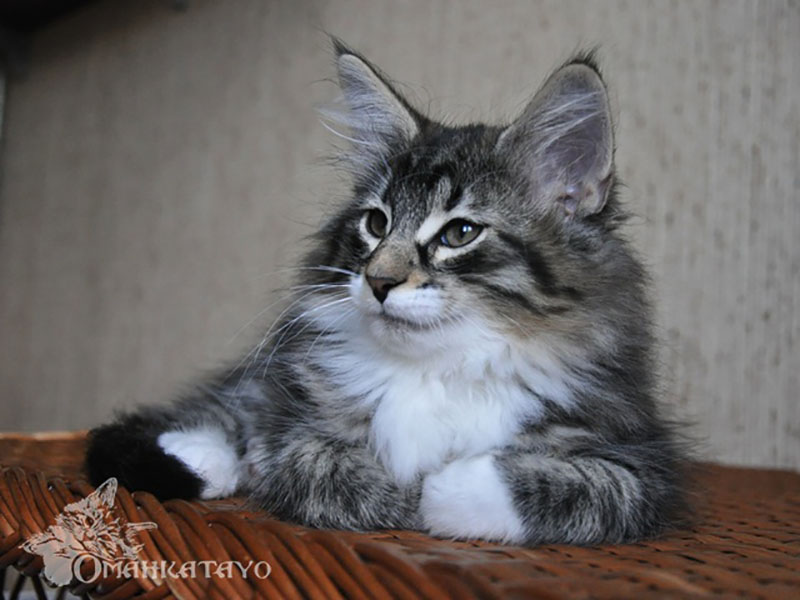 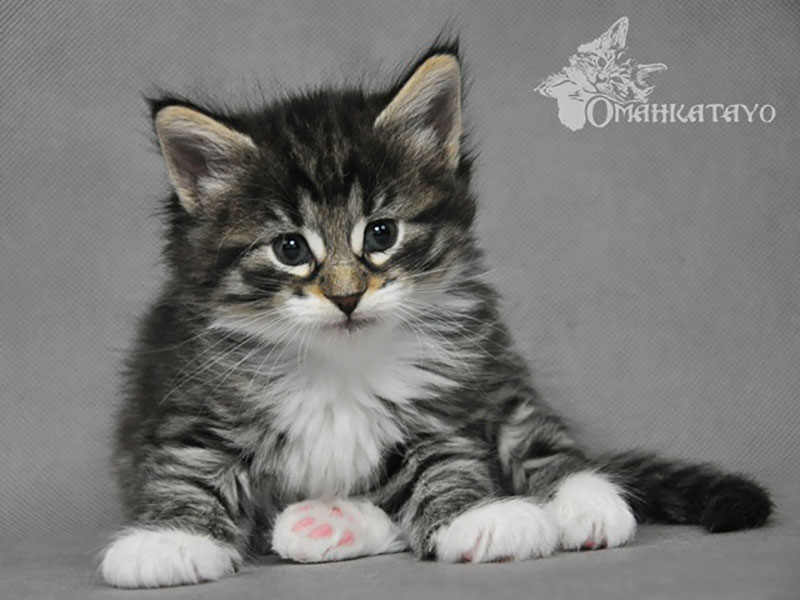 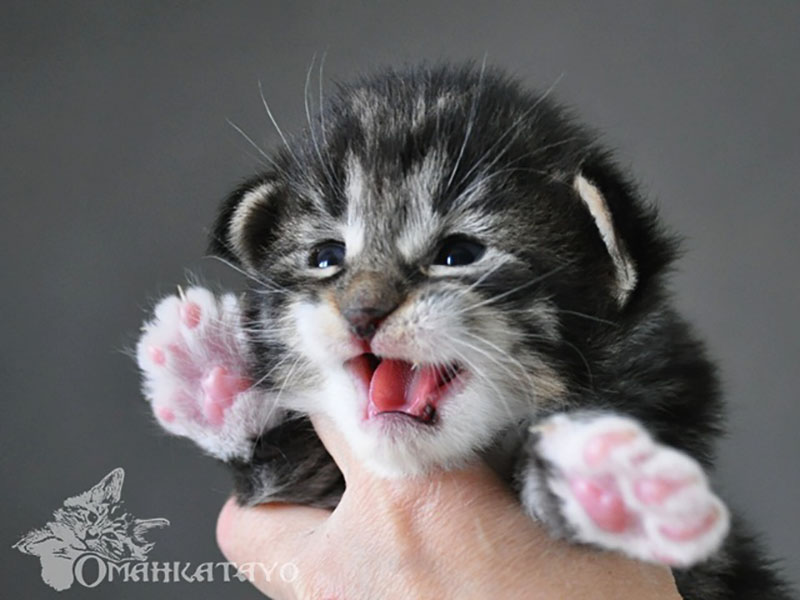 One day I found this handsome boy on Facebook. I just couldn’t understand why this kitten still was for sale? I contacted his breeder Anna in Poland and she told me that Pushan was more then welcome in our home. We were all so happy! He is such a lovely and promising boy. He’s got a long body on high legs and the tail has a good length as well. Pushan has a very nice triangle head with a great chin. His ears has a nice shape and wide at the base. The profile is straight with a rounded forehead. He has also got a fantastic coat quality. For me, ha has got the right expression and best of all – his fantastic temper! We can’t wait to see his first kittens with some of our girls!

After this he had a breake until January 2015 when S*NC’s Elvis Presley litter were born. Mother to this litter was S*Just Catnap’s Alma Snowflake. From this litter we still have S*NC’s King Creole and S*NC’s Good Luck Charm living with us. Later this year in the end of September, S*NC’s ELO litter were born, together with Jasleen Jay de Leinoya*FR.

In November 2016 he became father again with DK*Shadowpaw’s Proud Mary. This was S*NC’s George Michael litter and there were four kittens and also our silver litter that we have been waited for so long.

Thank you so much Anna at Omahkatayo*PL cattery for this treasure!

He will be tested for HCM. GSD IV-negative (both parents are negative). PK-def negative