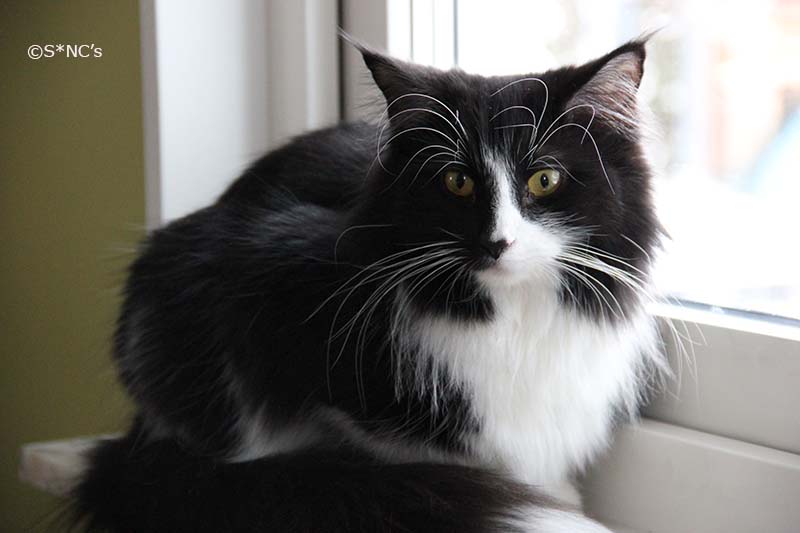 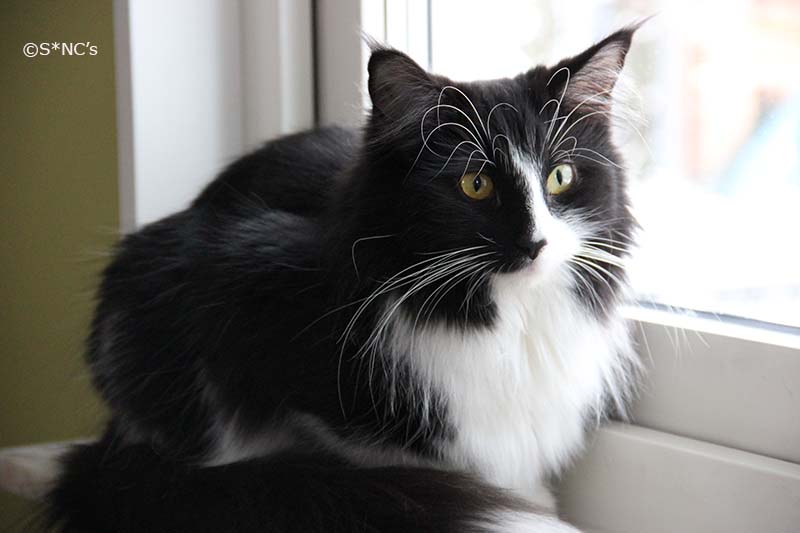 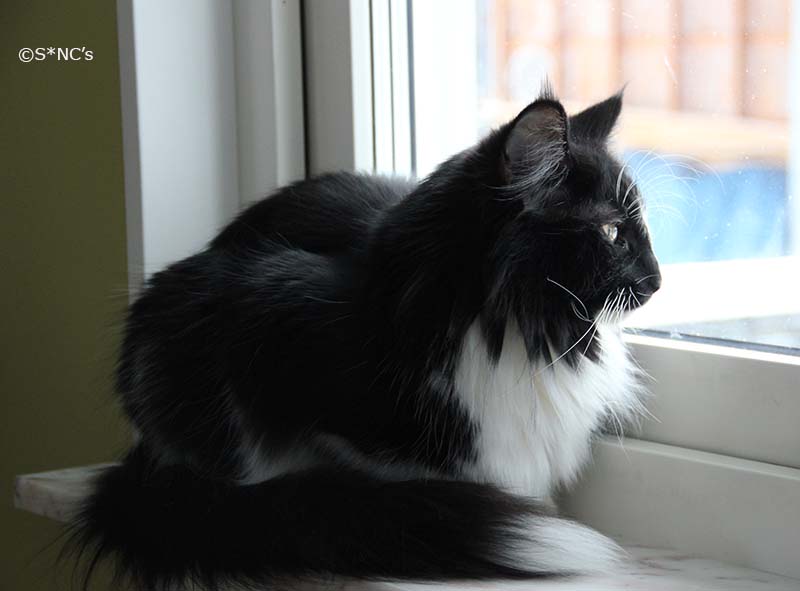 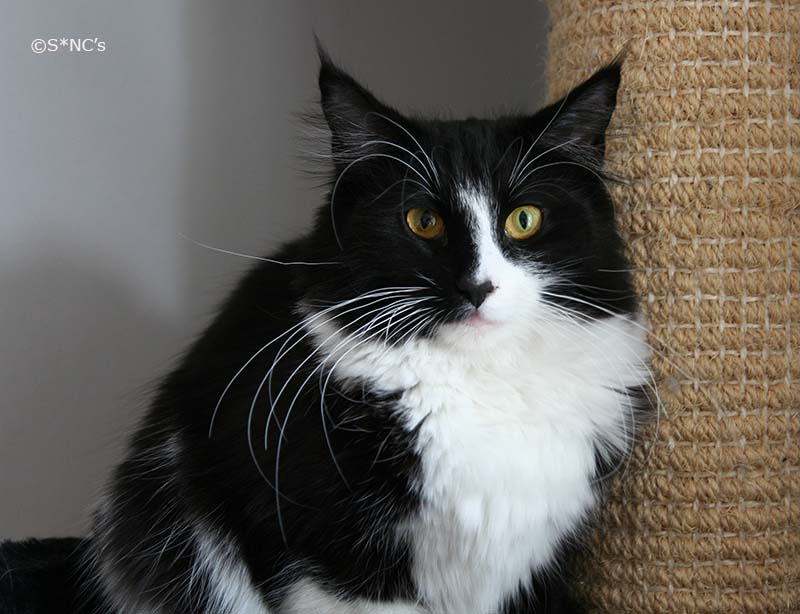 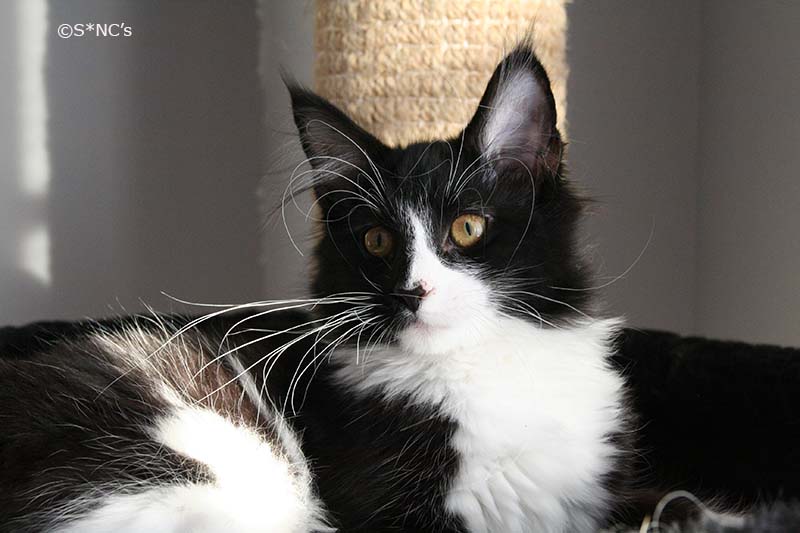 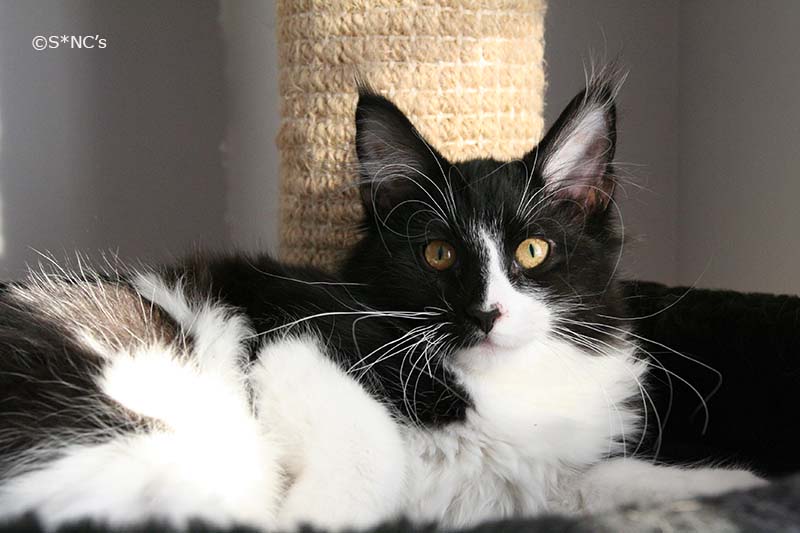 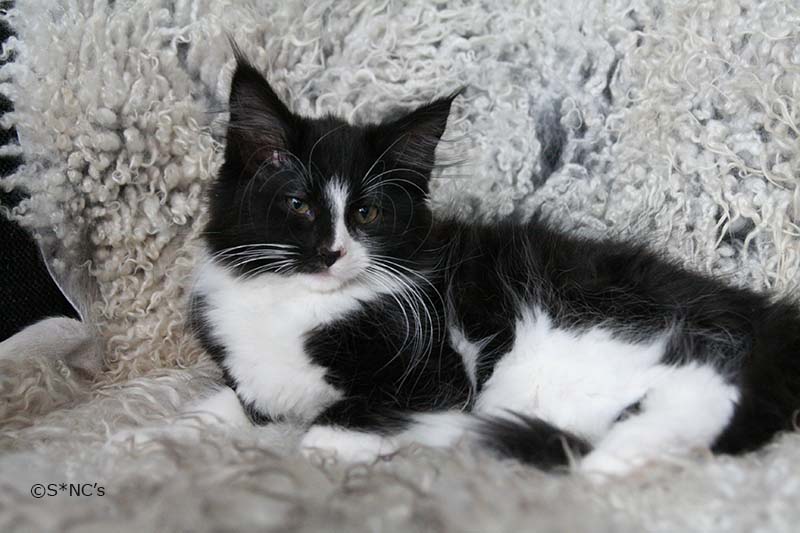 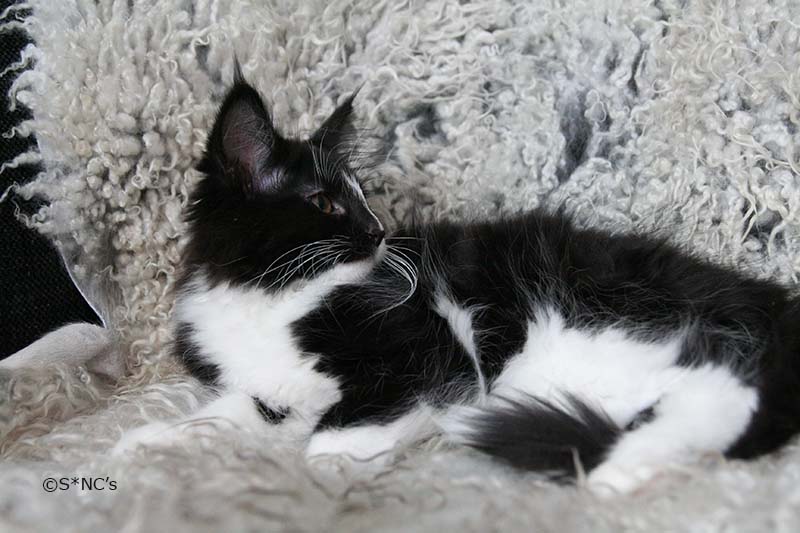 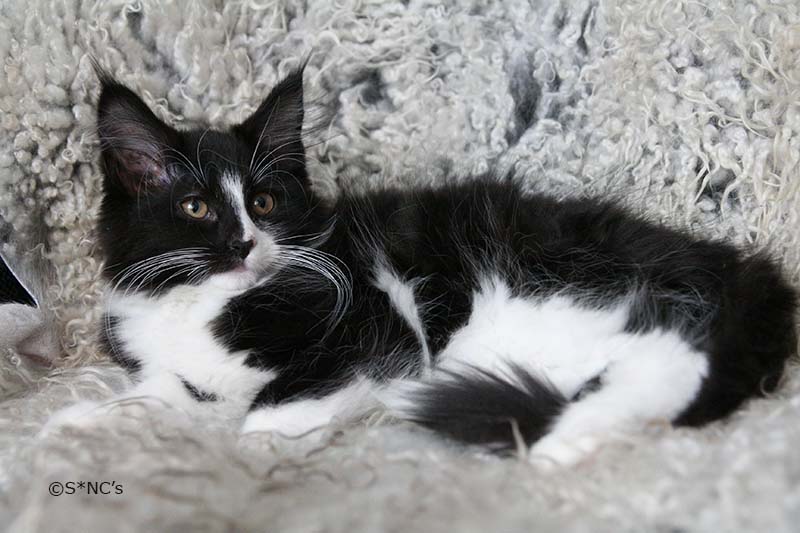 We had been looking for a solid black and white female for a long time, so when the kittens in S*Zygot’s cattery were born I already knew that she was ment for us! We followed her development and she ended up as a kitten with a nice profile, good chin, fantastic ears, body and tail. In fact we couldn’t wish for more. She also had a pedigree with many nice cats that also are something new for us. In the future we will take her to catshows and we also hope that she will have some kittens together with some of our males. Thank you Annika Berner, S*Zygot’s cattery for giving us the trust.

”Gini” as we called her got her first kittens together with our boy Casanova. They were born in March 2012 in ”S*NC’s Boney M litter”.  This were the only litter ”Gini” had since she felt uncomfortable with being a mother.

After some time her personality changed and she became more and more afraid of other cats and also humans. We could not handle her anymore and in the end we had no choice but to let her go.